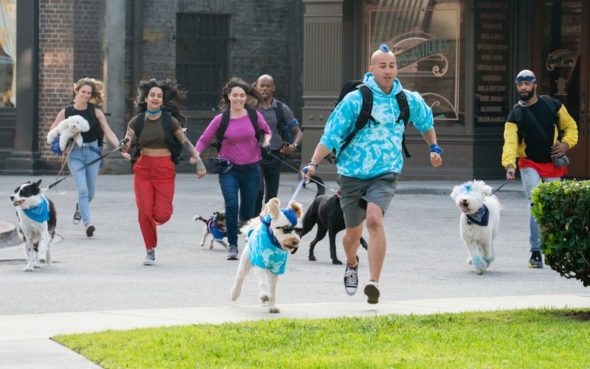 The Pack will not be returning for a second season. The pet competition series has been cancelled after PETA condemned the show for the treatment of the dogs on the series. The series is an Amazing Race style series for humans and their dogs.

The Wrap shared the following from a statement sent to them by PETA:

“Video footage of a dog dangling in midair from someone’s harness and paddling in a futile effort to gain his footing before getting swung into a rock face shows exactly where producers’ priorities lay for The Pack. It seems that this clip ended up on the cutting room floor because producers knew that the dog was not enthusiastic and happy, but distressed. This senior dog should be curled up on a sofa, not thrown into one dangerous situation after another for the sake of ratings. No dog would choose to be part of this ‘pack.’”

PETA also sent a statement to the head of Amazon unscripted programming, Chris Castallo, about the footage. The footage in question came from the third episode of The Pack. The statement said that the video footage “establishes exactly why real dogs and other animals don’t belong in films or on TV, as well as the way their safety and well-being are sacrificed for ratings.”

What do you think? Did you watch The Pack TV Show on Amazon? Are you surprised by the cancellation? Would you have watched a second season?

I loved this series and was really looking forward to a second season. I’m very disappointed this has been cancelled. My dog also loves doing things with me.

Totally bogus! I am in animal rescue and dogs enjoy doing things with their owners! The pack show safety team is amazing! They give options to not do the activity if the dog does not want to. I think the bond they building and the joy they are having doing it should be allowed. PETA does good things but they are often over the top. They should take the time to talk with the show personnel and see what being done before they ruin something inspiring for everyone! Amazon should give equal time to investigating before just canceling. In fact… Read more »

This is silly. The dogs would rather be with their owners than curled up on a couch. PETA IF U WANT TO TALK ABOUT DISTRESS LET ME TELL YOU OF A SITUATION. I had a raccoon for about 8 mos. he was stolen from his nest bf his eyes were open. I got him around 8 mos and got to release him 8 mos later. One day we were on my bed, me on my laptop and Bubby (the coon) was eating Cheetos. I came across a web site for fur pelts for coins and foxes. They skinned a poor… Read more »