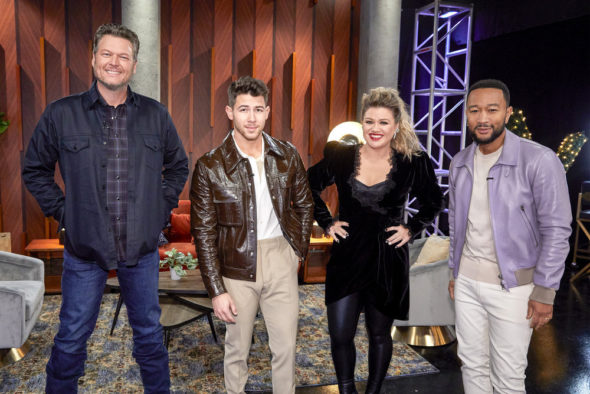 Will Nick Jonas’ team win in his second season on the program? Has the The Voice TV show been cancelled or renewed for a 21st season on NBC? The television vulture is watching all the latest cancellation and renewal news, so this page is the place to track the status of The Voice, season 21. Bookmark it, or subscribe for the latest updates. Remember, the television vulture is watching your shows. Are you?

Find out how The Voice stacks up against other NBC TV shows.

Will NBC cancel or renew The Voice for season 21? The traditional ratings are down and these days, the show typically only airs once a week. I have no doubt that it will be renewed but have to wonder if the network might be considering airing just one cycle a year at some point soon. I’ll update this page with breaking developments. Subscribe for free alerts on The Voice cancellation or renewal news.

What do you think? Are you glad that The Voice TV show has been renewed for a 21st season? How would you feel if NBC had cancelled this TV series, instead?