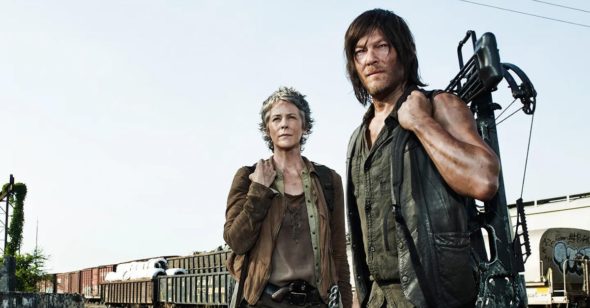 The Walking Dead spin-off featuring Carol and Daryl is losing Melissa McBride. She has backed off from the yet-to-be-titled series which is set to film in Europe this summer. Norman Reedus is still set to star in the spin-off.

AMC said the following about the exit of McBride in a statement, per Deadline:

“Melissa McBride has given life to one of the most interesting, real, human and popular characters in The Walking Dead Universe. Unfortunately, she is no longer able to participate in the previously announced spin-off focused on the Daryl Dixon and Carol Peletier characters, which will be set and filmed in Europe this summer and premiere next year. Relocating to Europe became logistically untenable for Melissa at this time. We know fans will be disappointed by this news, but The Walking Dead Universe continues to grow and expand in interesting ways and we very much hope to see Carol again in the near future.”

It is unknown what the series’ storyline will be or how McBride’s departure will change those plans.  The final episodes of The Walking Dead will air later this year.

What do you think? Do you still plan to watch the Walking Dead spin-off, without McBride’s participation?

Yes I will be watching.

If filming in Europe causes yo to lose one of your main stars, then maybe don’t film in Europe!

Who’s the fool wants to film in Europe? Thanks…now a great, new show with McBride & Reedus won’t happen! THIS IS HOW YOU “THANK” THE LOYAL FANS??!!

One thing I really liked about Fear the walking dead was that it took place on the West Coast. Europe huh? Zombies with extra bad teeth.

Will watch it, but film in Europe?

I don’t blame her for backing out, how on earth were Carol and Daryl going to end up in Europe to begin with? They can’t ride his motorcycle to get there.

Go to Europe? Why? What’s wrong with filming in this country? Who the heck wants to go to Europe?

Probably just filming there because it can be cheap