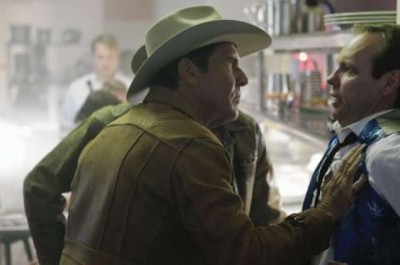 I was so surprised that they took one of my favorite shows off the air. Please bring VEGAS back!!!!

We absolutely loved Vegas , we looked forward to watching it ever week. We kept up with all of its twists and turns. It kept us at the edge of our seat.. And kept us interested with each episode! There was never a predictable moment.. We would like to see it on! We like golden boy. We would like to see both. However more so with Vegas. “Old school” we are in our 70’s and more our speed. Vegas kept us up past our bedtime,and we didn’t mind ,and we would do it again , if we had to! Bring… Read more »

watched every show love it ,screw goldenboy ,pull your head out wipe off the stink and put vegas back on . wish i could really tell you what i think of you all

Love love love Vegas. Don’t pull it. You are ruining tv if you do !!! Screw Gokdenboy!! What happened to Vegas?????? Best show you have bs where is it go???

We love the show Vegas. We are so afraid it’s going off. Please let us know that Vegas hasn’t been cancelled. Vegas is our favorite show on TV. Thank you!

BRING VEGAS BACK! Move Golden Boy. Until then I’m watching the History channel.

I look forward watching this show. I hope it is not cancelled.

Vegas is a great show….good acting and based on factual events. I don’t watch Golden boy…it’s not very good.

what happened to vegas, i love that show i thought finally there is something good on tuesday nights to watch, and now vegas is no longer on some crap show called golden boy is on instead. i for will stop watching this channel

I love the series,I was checking the channels to see if it was on! keep it going please! I’m from Newfoundland and Labrador!

I loved the show Vegas.. Cannot believe CBS would replace it with the same old same old type of show “Golden Boy”. Which by the way is terrible. Please bring back Vegas.

I Loved Loved Vegas. Best show on TV in a long time. I cannot believe they replaced it with The Golden Boy. Golden boy is terrible, not worth watching. Please bring Vegas back.

It is one of my favorite tv shows. Ilooked forward to it on Tuesday nights.

The Golden Boy now in its tome slot absolutely stinks.