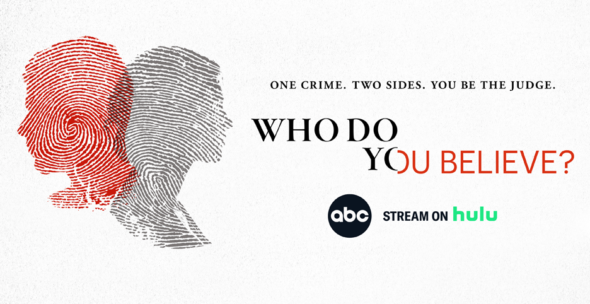 The alphabet network found success with the What Would You Do? series for many years. The ABC execs often used the show to fill empty slots in the schedule when needed but it appears that they are giving the show a rest (it last aired in 2020). Is Who Do You Believe? a good replacement? Will this new series be cancelled or renewed for season two? Stay tuned.

A true-crime docu-series, the Who Do You Believe? TV show lets the viewer be the detective. Each episode takes viewers through compelling real cases from dual perspectives and reenactments. “When a crime has been committed, there are two sides to a story.” The audience steps into the shoes of two contrasting narratives to hear the recounts directly from the victims and criminals with never-before-revealed details. Then, the viewer get to play armchair detective to deduce and piece together different versions of the truth. There are two sides to every story – and there’s no telling how far one would go for their marriage, child, or way of life. Every episode culminates by revealing key details from the adjudicated cases leaving viewers to question: “Who Do You Believe?”.

What do you think? Do you like the Who Do You Believe? TV series on ABC? Should it be cancelled or renewed for a second season?