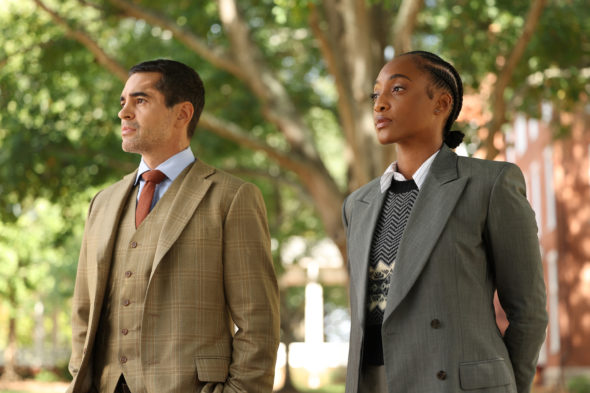 A Special Agent puts his challenges to good use in the first season of the Will Trent TV show on ABC. As we all know, Nielsen ratings typically play a big role in determining whether a TV show like Will Trent is cancelled or renewed for season two. Unfortunately, most of us do not live in Nielsen households. Because many viewers feel frustrated when their viewing habits and opinions aren’t considered, we invite you to rate all of the first season episodes of Will Trent here.

An ABC procedural drama series, the Will Trent TV series is based on the book series by Karin Slaughter and stars Ramón Rodríguez, Erika Christensen, Iantha Richardson, Jake McLaughlin, and Sonja Sohn. The story follows Special Agent Will Trent (Rodríguez) of the Georgia Bureau of Investigation (GBI). A loner, he has the highest clearance rate in the GBI and can deconstruct a crime scene like no one else. Will was abandoned at birth and endured a traumatic childhood in Atlanta’s overwhelmed foster care system. Despite his personal challenges, he’s determined to use his unique point of view to make sure no one is abandoned like he was. Angie Polaski (Christensen) and Michael Ormewood (McLaughlin) are both detectives with the Atlanta Police Department but have very different backgrounds. Faith Mitchell (Richardson) is Will’s new partner at the GBI and was born into a law enforcement family. Amanda Wagner (Sohn) is the head of the GBI and Will and Faith’s boss.

What do you think? Which season one episodes of the Will Trent TV series do you rate as wonderful, terrible, or somewhere between? Do you think that Will Trent should be cancelled or renewed for a second season on ABC?

I LOVE THIS SHOW!!!! That’s how I know it will be cancelled. Happens every time unfortunately….. It’s 1 of only 2 Network shows that I watch now.

I love the show! it humorous…the acting is great, the actors, the storyline is very good and the dog is so cute…please don’t cancel it…there are very few good shows to watch, please….

Lots of potential. Finally a fresh perspective from a cop procedural.
Hope this one sticks around.

I loved everything about this show. I just hope that it doesn’t get cancelled. The writing, the acting and the interaction of the actors is just perfect. Plus I just LOVE the dog.

I have already made this my new favorite TV show after only episode. Story line is interesting and the characters are excellent.

Kinda strange at first, almost thought it wasn’t the first episode.
But interesting quickly. Think it will do well.

I have read all of the Will Trent books and am a big fan of the TV show! The characters are great and Will is an exact duplicate of the quirky Will in the series. He is brilliant yet charming, a little strange but endearing! Love him!

I am a huge fan of Karin Slaughter’s Will Trent books. I was worried I wouldn’t like the TV series, but I was pleasantly surprised. I just saw the first episode & found it very entertaining. I hope future episodes are this good!