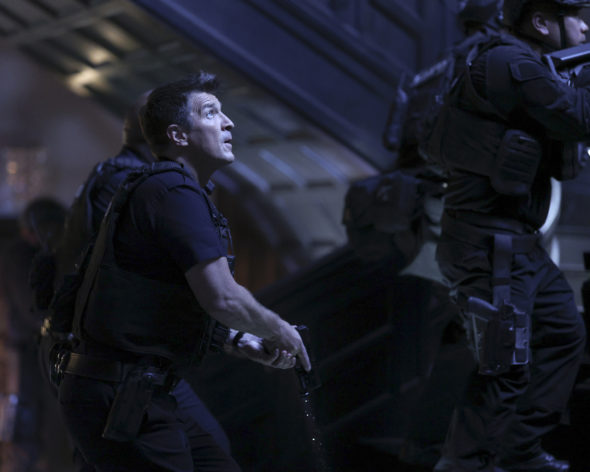 Past choices may come back to bite John in the fifth season of The Rookie TV show on ABC. As we all know, Nielsen ratings typically play a big role in determining whether a TV show like The Rookie is cancelled or renewed for season six. Unfortunately, most of us do not live in Nielsen households. Because many viewers feel frustrated when their viewing habits and opinions aren’t considered, we invite you to rate all of the fifth season episodes of The Rookie here.

What do you think? Which season five episodes of The Rookie TV series do you rate as wonderful, terrible, or somewhere between? Do you think that The Rookie should be cancelled or renewed for a sixth season on ABC?

I love The Rookie Series! It has a good combination of suspense, romance and comedy! I’ve seen every episode since day 1! I usually have to stream it because I can’t remember what comes on what nights and what times. I give this show a top star rating!

I like the Rookie. It’s funny, sometimes sad and always down to earth.

The Rookie is my go to! My husband and I absolutely love this show!!! Please keep making the rookie!! I look forward to watching it everyday after work… I need this.. 😉 Thank you so much!!
Biggest fans truly the Wells family

I love the series COMPLETELY across the board. Excited when Neicey joined the story, and was getting her own show! These shows have spectacular actors and actresses. Keep it going!

Thank you for the nice compliment.

The rookie was good tonight. I can’t wait for next Sunday.

Definite fan of The Rookie!! Nathan Fillion rocks it! The cast works amazingly well together. I enjoy the combination of drama and comedy; keep it well balanced!

Thank you so much.

thank you very much.

Season 5 episode 2 seemed off. Not what the info described. Appeared to be a rerun.

thank you very much.

I watched the rookie premiere tonight it was a good episode. I can’t wait for the next episode.