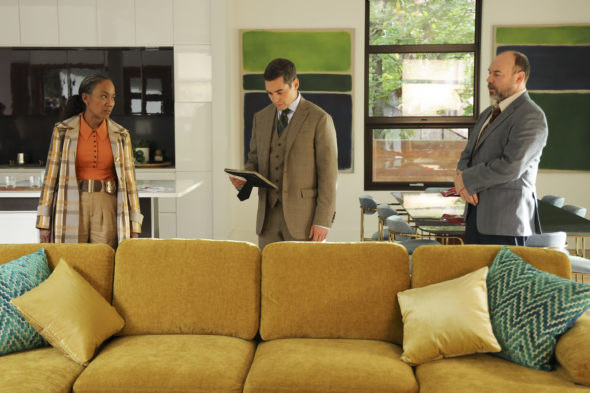 ABC has another new Tuesday night drama. Will the Will Trent TV show be cancelled or renewed for a second season? The television vulture is watching all the latest cancellation and renewal news, so this page is the place to track the status of Will Trent, season two. Bookmark it, or subscribe for the latest updates. Remember, the television vulture is watching your shows. Are you?

A procedural drama series airing on the ABC television network, the Will Trent TV series is based on the book series by Karin Slaughter and stars Ramón Rodríguez, Erika Christensen, Iantha Richardson, Jake McLaughlin, and Sonja Sohn. The story follows Special Agent Will Trent (Rodríguez) of the Georgia Bureau of Investigation (GBI). A loner, he has the highest clearance rate in the GBI and can deconstruct a crime scene like no one else. Will was abandoned at birth and endured a traumatic childhood in Atlanta’s overwhelmed foster care system. Despite his personal challenges, he’s determined to use his unique point of view to make sure no one is abandoned like he was. Angie Polaski (Christensen) and Michael Ormewood (McLaughlin) are both detectives with the Atlanta Police Department but have very different backgrounds. Faith Mitchell (Richardson) is Will’s new partner at the GBI and was born into a law enforcement family. Amanda Wagner (Sohn) is the head of the GBI and Will and Faith’s boss.

The first season of Will Trent averages a 0.32 rating in the 18-49 demographic and 3.23 million viewers. While these numbers don’t include further delayed or streaming viewing, they are a very good indicator of how a show is performing, especially when compared to others on the same channel. There can be other economic factors involved in a show’s fate, but typically the higher-rated series are renewed and the lower-rated ones are cancelled. Find out how Will Trent stacks up against other ABC TV shows.

Will ABC cancel or renew Will Trent for season two? This show seems like a good fit for ABC’s schedule but the network has historically had a tough time filling the Tuesdays at 10 PM timeslot. Will Trent is produced by 20th Television which is owned by Disney, ABC’s parent company. That’s a good sign since it means that Disney can profit from the show in many ways, not just traditional network ad revenue.  I think Will Trent has a good chance of being renewed, despite soft ratings. I’ll update this page with breaking developments. Subscribe for free alerts on Will Trent cancellation or renewal news.

What do you think? Do you hope that the Will Trent TV show will be renewed for a second season? How would you feel if ABC cancelled this TV series, instead?

Don’t Cancel Will Trent. One of the most intelligent series this season!! Devastated if not renewed.