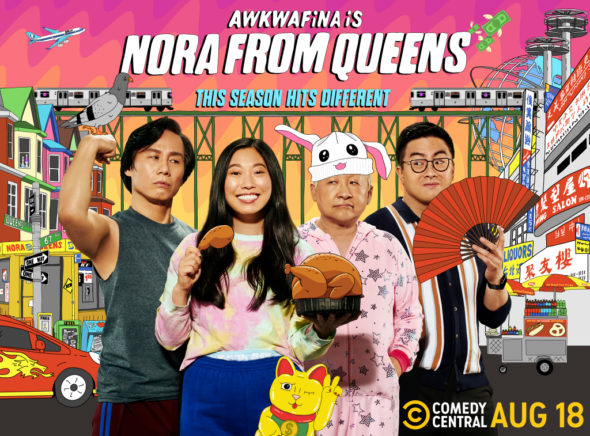 For comparisons: Season one of Awkwafina is Nora from Queens on Comedy Central averaged a 0.16 rating in the 18-49 demographic and 387,000 viewers in the live+same day ratings.

What do you think? Do you like the Awkwafina Is Nora from Queens TV series on Comedy Central? Should it be cancelled or renewed for a third season?

*5/13/22 update: Comedy Central has renewed Awkwafina Is Nora from Queens for a third season.