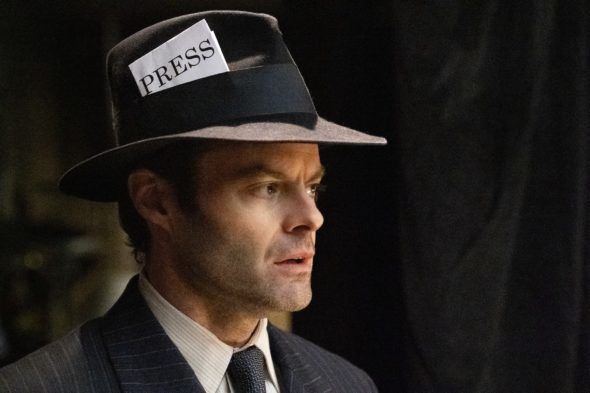 An HBO sitcom, Barry stars Bill Hader, Stephen Root, Sarah Goldberg, Anthony Carrigan, and Henry Winkler. The dark comedy centers on Barry (Hader), a Midwestern hitman. After Barry travels to LA and takes an acting class with Gene Cousineau (Winkler), he falls in love with the craft and wants to change careers. In season two, Barry is trying to extricate himself from his old life.

The second season of Barry averaged a 0.65 rating in the 18-49 demographic and 1.60 million viewers. Compared to season two, that’s up by 207% in the demo and 172% in viewership. Learn how Barry stacks up against the other HBO TV shows.

Will HBO cancel or renew Barry for season three? The ratings aren’t great (prior to having Game of Thrones as a lead-in) but the show has drawn critical acclaim and picked up some Emmy awards. I’d be surprised if it wasn’t renewed. For now, I’ll keep an eye on the Nielsens and update this page with breaking developments. Subscribe for free Barry cancellation and renewal alerts.

What do you think? Are you glad that the Barry TV show has been renewed for a third season? How would you feel if HBO had cancelled this TV series, instead?

When is coming be new season Bill hater comedian from SNL so funny love it with Henry Winkler both really good can’t wait for it.