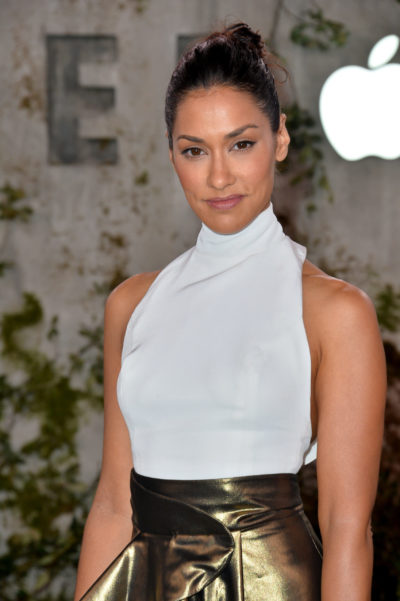 Big Sky fans will see plenty of new faces during the ABC drama’s second season. Janina Gavankar has been cast as a series regular, and she will be joined by Jamie-Lynn Sigler, Madelyn Kientz, Troy Johnson, Jeremy Ray Taylor, TV Carpio, and Arturo Del Puerto.

Kylie Bunbury and Katheryn Winnick star in the David E. Kelley series which is based on the books by C.J. Box. The pair play detectives who will face a whole new case in Helena, Montana.

Deadline revealed that “Gavankar will play Ren, who is new to Helena. After a simple business transaction results in a messy car wreck involving one of her employees, Ren comes to town hellbent on getting answers. Now she must find out who betrayed her, but the more rocks she overturns, the more snakes she will discover. Ren’s moves are calculated, and she strongly believes that it is best to keep your enemies close.”

As for the other additions, a separate Deadline report revealed the following about the ABC series:

“Sigler will play Tonya, who works as a waitress at a local diner. She and her boyfriend have big plans, that is until he mysteriously disappears. Tonya hires the services of Dewell & Hoyt to find her boyfriend, but she is withholding some secrets of her own. Like all of the women in this town, it would be unwise to underestimate Tonya.

Kientz will portray Max, Cassie’s teenage babysitter, who uses her quiet cool and sarcastic wit to navigate the stormy waters of adolescence. Her close group of friends is a welcome solace from her complicated home life. However, the teens’ bonds will be tested when they witness an unspeakable crime.

Johnson is Harper is Max’s brazenly confident, daring and opportunistic best friend. Harper works after school at her father’s struggling local diner. When she discovers an illicit way out of her difficult circumstances, her and Max’s relationship will be put on edge.

Reid will play Madison, the third musketeer to Max and Harper and the “baby sister” to Bridger, but that doesn’t stop her from throwing her sibling weight around. Taking after her lawyer parents, she’s the most rational and pragmatic friend in the group. Madison’s composure will be pushed to its breaking point as her friends and family are thrown into danger.

Taylor will portray Bridger, Madison’s precocious older brother. He’s close with his sister, who often has to rein in his impulsivity. Bridger lands himself in trouble when he tries to take the teens’ precarious situation into his own hands.

Carpio is Rachel, Max’s mother, a kindhearted woman, stuck in a rut. Despite Rachel’s drinking habit and her turbulent relationship with her boyfriend, Max is the center of her universe.

Del Puerto will play T-Lock, Rachel’s ne’er-do-well boyfriend, oozing with entrepreneurial self-confidence, especially when it comes to his myriad of “get-rich-quick” opportunities. Though he can be a loose cannon, and leeches money off a begrudging Max behind her mother’s back, T-Lock genuinely loves Rachel.”

Earlier this month, it was revealed that Big Sky would move its production to New Mexico after filming its first season in Canada. The series premieres for its second season on September 30th.

What do you think? Are you a fan of Big Sky? Do you plan to watch season two on ABC starting next month?

I hope the new additions don’t interfere with the original concept this great show. We can’t wait for it to return.

Yes , I will watch, I hope the changes you make won’t change the show too much !
Mostly because I like this show !!!!

I’m a fan of the CJ Box books so this works for me.

When choosing from other DVR recordings, Big Sky is always my first choice to watch. I love Big Sky and look forward to seeing it return soon.

I love Big Sky,I am a big fan, definitely.Its awesome that I can stream it on my phone here in South Africa

Really enjoy BIG SKY. I will be watching it when it comes on in September.

I love Big Sky, can’t wait for the new episodes!

I will definitely be watching season 2. I can’t wait for it to start.