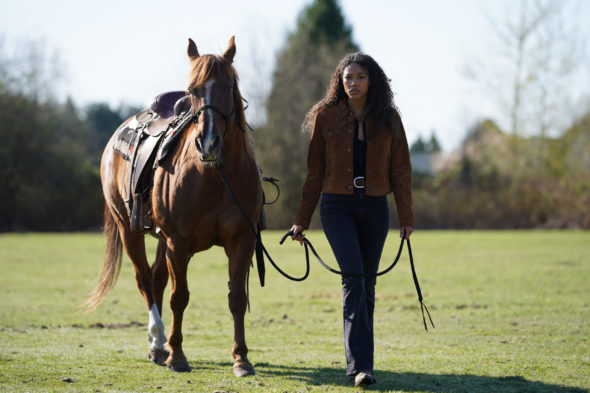 Big Sky is moving production for its second season. Season one was filmed in Vancouver, Canada but season two will begin filming this month in New Mexico.

New Mexico Governor, Michelle Lujan Grisham, said the following about the move for the ABC series, per Deadline:

“The decision of Big Sky to film season 2 in New Mexico shows we have created a resilient and thriving film industry. This production will support jobs for thousands of New Mexicans well into 2022 and boost spending to the many local businesses that provide goods and services to this industry.”

“From the competitive incentive, a world-class crew, infrastructure, and close proximity to L.A. the secret is out – New Mexico offers an established ecosystem and is the place to be for film and TV. We are thrilled to have Big Sky shooting in our state.”

Earlier this year, it was also revealed that the series is changing nights. Season two will premiere on September 30th on ABC as it joins Grey’s Anatomy and Station 19 on Thursday evenings.

What do you think? Are you a fan of Big Sky on ABC? Do you plan to watch season two this fall?

Love this show. Excited that it is going to film in my state!

Keeps me on the edge of my seat. Keep it coming ! Best show on T.V.

I’m anxious for the next season, really like the show

Love this show! Will definitely be watching season 2!!!

Yes, I will be watching the 2nd season of Big Sky. Loved the 1st season. Can’t wait.

Big Fan! Can’t wait for September 30th to watch it.

Interested to see where they go with this. Not a fan at first but by season 1’s end I was hooked.

Love the show, but sorry to see that John Carroll Lynch is gone… He was terrific. I loved his character and it was good to kill him, he was great. I hope there is some way he can return (maybe as a ghost).