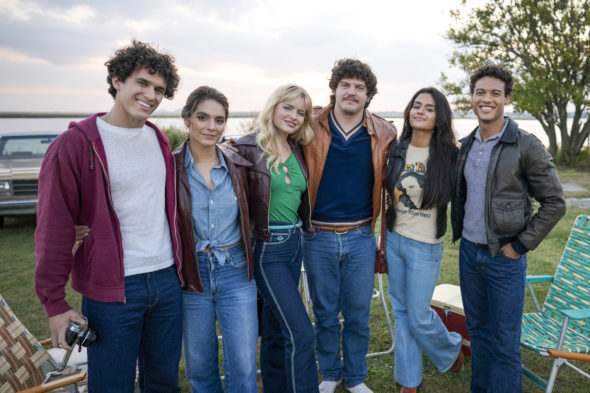 Bridge and Tunnel is returning in July. EPIX has announced the date for the season two premiere with the release of a trailer and a poster.

Written, directed, and produced by Edward Burns, the series is set in the 1980s and follows a group of recent college grads as they try to live their lives in Manhattan. Starring Sam Vartholomeos, Caitlin Stasey, Gigi Zumbado, JanLuis Castellanos, Brian Muller, Isabella Farrell, and Burns, the series returns on July 10th.

“Premium network EPIX® announced today that the upcoming second season of Bridge and Tunnel will premiere on July 10, 2022. Written, directed and produced by Edward Burns (Saving Private Ryan, Public Morals) – who also stars – this six-episode, half-hour romantic comedy series set in the early 1980’s revolves around a group of recent college grads setting out to pursue their dreams in Manhattan while still clinging to the familiarity of their working-class Long Island hometown.

Season two opens in the summer of 1981, exactly one year after the events of the last season, and finds Jimmy, Jill and the rest of the gang no longer tethered to the leafy confines of the suburbs. They’ve now got one foot in Manhattan, and it will be a magical summer in the big city full of sexiness, vibrancy and excitement as they each fall in and out of love (with partners new and old) and take one step closer to making their dreams a reality.

“The first season of Bridge and Tunnel offered EPIX viewers a nostalgic escape back to the eighties diners, dive bars and backyards of Long Island,” said Michael Wright, president of EPIX. “We can’t wait to see what new adventures Ed Burns and Aaron Lubin create for this engaging group of friends as they continue to chase their dreams and fall in and out of love.”

“At its heart, Bridge and Tunnel is a romantic comedy meant to leave our audience smiling this summer. We’re grateful to Michael Wright and the entire EPIX team for their collaboration,” said Ed Burns, executive producer.

In addition to Burns, the series is also executive produced by Aaron Lubin (Something Borrowed, Public Morals) and Lori Keith Douglas (The Village, Friends from College). Bridge and Tunnel is produced by EPIX Studios and is internationally distributed by MGM.” 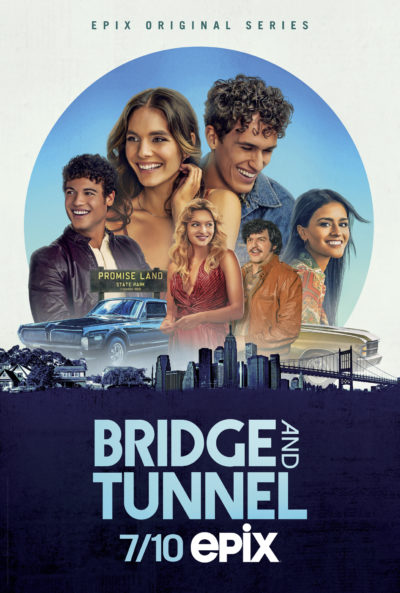 What do you think? Are you excited about the return of Bridge and Tunnel on EPIX?