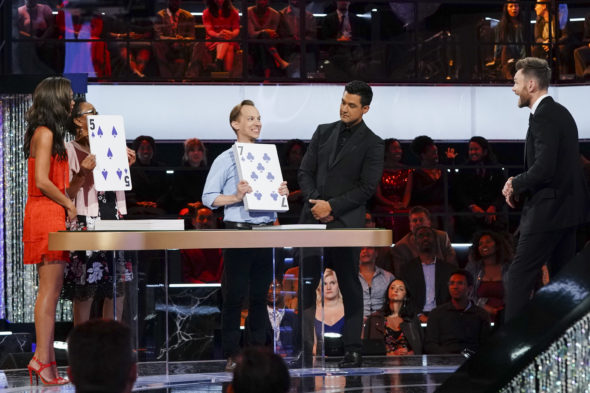 Card Sharks is back! Deadline reports the ABC TV show has begun filming the second season of the revival.

Hosted by Joel McHale, the game show is based on the card game Acey Deucey and features two players facing off, each hoping to eliminate the other, with the goal of claiming a $10,000 cash prize and a chance for even bigger winnings. The original version of Card Sharks debuted in 1978 on NBC and various incarnations have since aired on CBS and in first-run syndication. The current version is the first on the alphabet network.

Filming on season two of Card Sharks just began with rigorous health and safety precautions in place. According to Deadline, new episodes of the ABC series are being shot with minimal crew and no audience.

A premiere date for season two has not yet been announced but, last year, it was part of ABC’s Summer of Games line-up.

What do you think? Have you seen Card Sharks? Will you watch the new season?

No opinion, I have watched here and there but don’t care