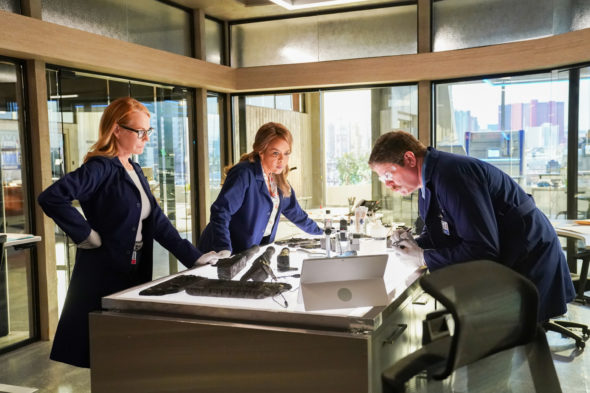 Catherine Willows is back on the job in the second season of the CSI: Vegas TV show on CBS? As we all know, Nielsen ratings typically play a big role in determining whether a TV show like CSI: Vegas is cancelled or renewed for season three. Unfortunately, most of us do not live in Nielsen households. Because many viewers feel frustrated when their viewing habits and opinions aren’t considered, we invite you to rate all of the second season episodes of CSI: Vegas here.

What do you think? Which season two episodes of the CSI: Vegas TV series do you rate as wonderful, terrible, or somewhere between? Do you think that CSI: Vegas should be cancelled or renewed for a third season on CBS?

CSI used to be one of the best TV shows on TV but CSI Vegas is far too woke, with so much crying and loving.
I’ve stopped watching it.

Wow! Writing is getting better and better and the show is building on the other new actors.
Marg still steals the show with her great acting and soulful beauty.

Keep up the great job! See you next week. ❤️

This show has to get more interesting to hold my interest.

I certainly don’t miss Gil and Sara with Catherine added. It’s refreshing and believable. I loved the first episode with the closeups on the Botox!