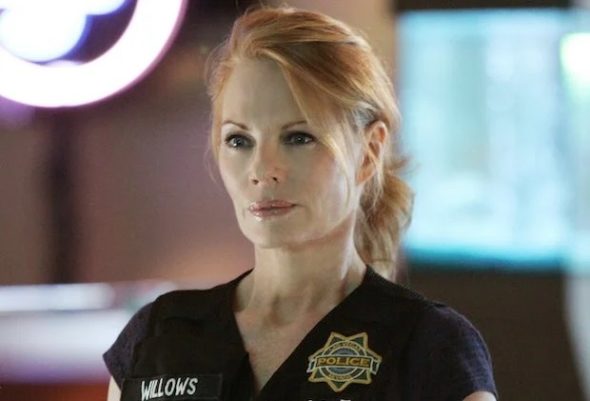 CSI: Vegas is seeing another big return for its second season. Marg Helgenberger is returning to the CSI franchise as Catherine Willows, a role she played for 12 seasons (and one guest shot) on the original CSI.

Per Deadline, Helgenberger said the following about joining CSI: Vegas:

“I wanted to make sure there was a reason Catherine would come back to the job. It’s a tough gig. Why would Catherine, at this age, come back? That was important to me. I had several conversations with [showrunner] Jason Tracey about that. I really want to get it right and we did.

I feel the respect toward me, I’m so grateful. It’s been a hell of a lot of fun working with everybody. The set is vastly different than the original set. I’m still discovering new rooms, in fact. Of course I miss some of the old gang but I got over that pretty quickly because everybody has been so welcoming and gracious.”

Helgenberger has signed a one-year deal for the sequel series, just as William Petersen and Jorja Fox did for the first season. Both of them had the option to return for season two but opted not to come back.

CSI: Vegas returns for its second season on September 29th on CBS.

What do you think? Are you excited to see Helgenberger in season two of CSI: Vegas?

Yes Please! So happy she decided to renew, Love you Marg!

shes a great actress and hope to see her soon.

She is a beautiful redhead,love anything she does!

Look forward to seeing it every Thursday night crime drama so good it’s back on enjoy it and love it never missed any episodes of it.

Yes! Loved Marg Helgenberger in the original series! Just wondering if Ted Danson might return at some point .. he was also a favorite.