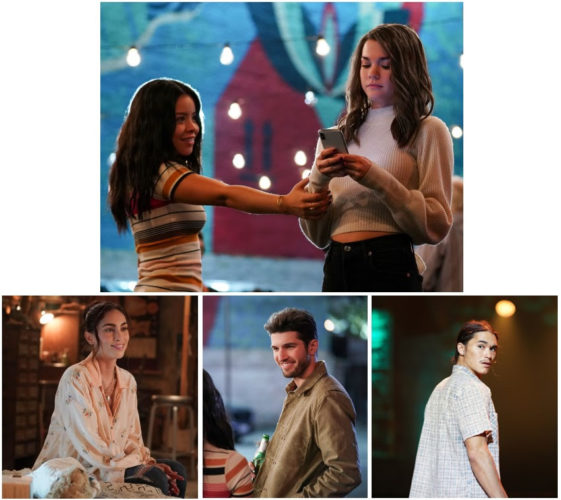 Mariana and Callie are coming back for more in March. Freeform has announced that Good Trouble will return for its fourth season on March 9th. The season will once again be split into two parts. It’s not clear how many episodes have been ordered but the previous two seasons have had just under 20 installments each.

Freeform’s fan-favorite series “Good Trouble,” which had its season three summer finale in September, will return for the first half of season four on WEDNESDAY, MARCH 9, at 10 p.m., next day on Hulu.

Priscilla Quintana, who plays Isabella, a resident of the Coterie and mother to Gael’s unborn baby, has been upped to a series regular, along with newcomer Bryan Craig. Craig will play Joaquin, an independent investigative journalist with a mysterious background. Also joining the Coterie crew in a recurring role is Booboo Stewart (“The Twilight Saga,” “X-Men: Days of Future Past”). Stewart plays Luca, an unhoused man Joaquin is doing a story on and befriends.

About Freeform
Freeform’s distinct brand of coming-of-age programming helps to position it as the No. 1 primetime cable network in entertainment among Adults, Women and Men 18-34 in the 2021/2022 TV season to date. Connecting to audiences with its bold original programming and immersive social engagement, Freeform channels the force and momentum of its young adult audience in its quest for progress with authentic, groundbreaking original series such as Emmy(R)-nominated “grown-ish,” “Good Trouble,” “Motherland: Fort Salem,” “Single Drunk Female” and “Cruel Summer,” which was the No. 1 new cable drama of 2021 among Women 18-34. Last year, Freeform aired four of the Top 15 scripted cable original series among Women 18-34 – more than any other network, with “grown-ish” ranking as cable’s No. 1 live-action comedy series of the year in the demo.

What do you think? Have you enjoyed watching the Good Trouble TV series? Will you be tuning in for season four of this Freeform show?