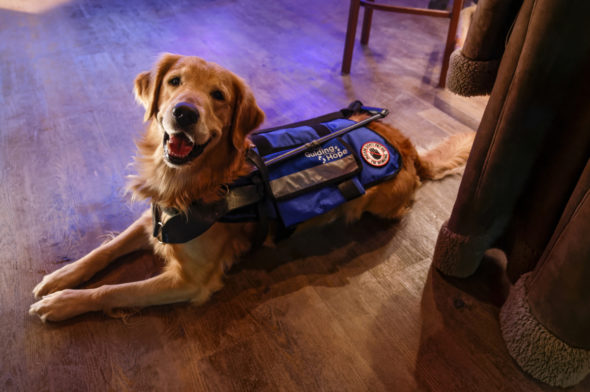 Is Murphy in over her head in the second season of the In the Dark TV show on The CW? As we all know, the Nielsen ratings typically play a big role in determining whether a TV show like In the Dark is cancelled or renewed for season three (in this case, it’s already been renewed). Unfortunately, most of us do not live in Nielsen households. Because many viewers feel frustration when their viewing habits and opinions aren’t considered, we invite you to rate all of the second season episodes of In the Dark here.

A comedy-drama series on The CW, the In the Dark TV show stars Perry Mattfeld, Rich Sommer, Brooke Markham, Casey Deidrick, Keston John, Morgan Krantz, and Theodore Bhat. In the series, Murphy (Mattfeld) is a messy twenty-something who struggles on a daily basis to balance her random hookups, her hangovers, and her drug front. She’s also blind. Murphy lives with her supportive best friend, Jess (Markham). Along with their anal-retentive boss (and sometimes a friend), Felix (Krantz), they run Guiding Hope, a school for guide dogs. But, solving the murder of Murphy’s best friend, Tyson, lands her deep in the world of Chicago’s underground heroin trade where she is forced to turn Guiding Hope into a front for a drug kingpin.

What do you think? Which season two episodes of the In the Dark TV series do you rate as wonderful, terrible, or somewhere between? Are you glad that In the Dark has been renewed for a third season on The CW? Don’t forget to vote, and share your thoughts, below.

I LOVE , LOVE everything about this show . There has not been a show on TV that has been this GREAT to watch . It’s for everyone , not JUST kids or men . (Which cw in known for) The actress , actors , storyline , all of it is great . And Murphy , is an amazing actress , she is smart , witty , strong , with just the perfect amount of comedic smartass and vulnerability . She’s sexy , and daring and funny . The writers and everyone should get so many awards for this one… Read more »

This show is fantastic and I love it! Bravo to all the cast. Truly an excellent ensemble and fiercely watchable. Keep it coming. Such a fresh and fun show with twists and turns everywhere! Super enjoyable!!!

Looooovvvve this show please hurry up with season 3 and 4

I really enjoyed this show!! I can not wait until season 3!!

Love this show, characters are great, theme/plot everything Great!!! I’m really hoping for a season 3…

I used to get In The Dark on Brava. I don’t get The CW, so I am unable to watch it. HEARTBREAKING. I love the show.

Seasons 1 and 2 are on Netflix.

Have you tried the CW app? You can watch it for free! I’ve only used it a couple of times cuz I get a migraine from the tablet, but it’s great and has a lot of extras that aren’t on the TV! Let me know how you do? I’m pretty sure it’s also on Netflix!