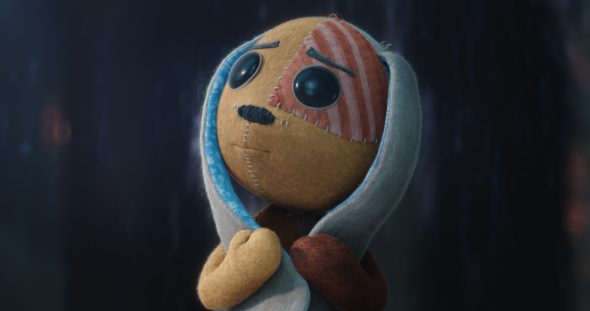 Lost Ollie now has its voice cast. Jake Johnson, Gina Rodriguez, Mary J. Blige, Jonathan Groff, Tim Blake Nelson, and Kelser Talbot have been cast in the upcoming Netflix limited series. The story follows a toy who tries to get home to reunite with the boy who lost him. The animated series, from Brandon Oldenburg and William Joyce, has been in the works for the last four years.

Check out the casting announcement and more information about Lost Ollie below.

JONATHAN GROFF (Frozen, Hamilton) will voice Ollie, a handmade toy rabbit stitched together from odds and ends. He’s been Billy’s best friend forever, until he ends up in a resale shop with no way home. Though he’s afraid, Ollie bravely sets off to find Billy. pic.twitter.com/YertQrThux

TIM BLAKE NELSON (Watchmen, O Brother, Where Art Thou?) will voice Zozo, a clown doll who is an old toy and an even older soul. Zozo is a true gentleman with a good sense of humor, and after meeting Ollie and hearing his story, he agrees to help Ollie on his journey. pic.twitter.com/uF79PKkK8S

KESLER TALBOT (50 States of Fright) will play Billy, a young boy bursting with creativity. He shares a bond with his toy Ollie, a homemade rabbit made by his beloved mother, who joins him on all of his adventures. When Ollie gets lost, Billy embarks on a mission to find him. pic.twitter.com/FtTilHmbmF

A premiere date for the animated limited series has not yet been set by Netflix.

What do you think? Are you going to check out the Lost Ollie TV series on Netflix?