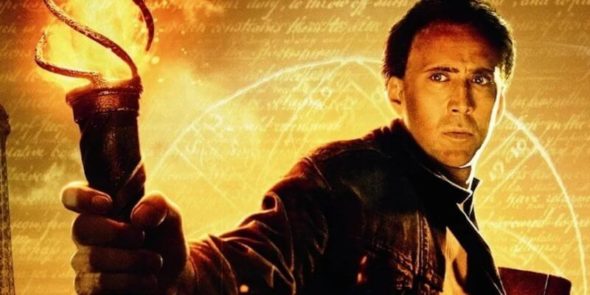 National Treasure is finally heading to the small screen. A series based on the movie franchise of the same name has been in development for some time now, and the project has finally been greenlit for a 10-episode season on the Disney+ streaming service.

“The series explores the timely issues of identity, community, historical authorship and patriotism, told from the point of view of Jess Morales, a twenty-year-old DREAMer who, with her diverse group of friends, sets off on the adventure of a lifetime to uncover her mysterious family history and recover lost treasure.”

Jerry Bruckheimer and writers Marianne and Cormac Wibberley from the films are behind the new series. Casting was not revealed for the new National Treasure.

A third National Treasure movie is still in the works with Nicholas Cage as the star. Chris Bremner was hired as a writer in January 2020.

What do you think? Are you a fan of the National Treasure movie franchise? Will you watch the new series on Disney+ when it arrives?

Great as long as they get the original cast to reprise their roles.

I love Nicholas Cage so good movies wish made more movies. I wondering who be casted for this disney plus streaming. I can’t wait to see this series.