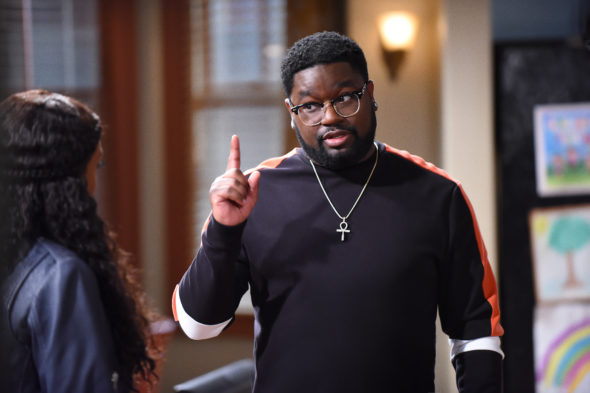 How’s life working out for Rel during the first season of the Rel TV show on FOX? As we all know, the Nielsen ratings typically play a big role in determining whether a TV show like Rel is cancelled or renewed for season two. Unfortunately, most of us do not live in Nielsen households. Because many viewers feel frustration when their viewing habits and opinions aren’t considered, we’d like to offer you the chance to rate all of the first season episodes of Rel here. **Status update below.

A FOX multi-camera sitcom, Rel stars Lil Rel Howery, Jessica ‘Jess Hilarious’ Moore, Jordan L. Jones, and Sinbad. Set on the West Side of Chicago, and inspired by the comedy of Lil Rel Howery, the series centers on Rel (Howery) a hardworking, successful husband and father. He had everything, until his wife had an affair with his barber, then took the kids and decamped to Cleveland. Now, with the help of his Dad (Sinbad), brother Nat (Jones), and best friend, Brittany (Moore), Rel is trying to maintain a good relationship with his kids and find love again, not to mention a new barber.

What do you think? Which season one episodes of the Rel TV series do you rate as wonderful, terrible, or somewhere between? Should FOX have cancelled or renewed Rel for a second season? Don’t forget to vote, and share your thoughts, below.