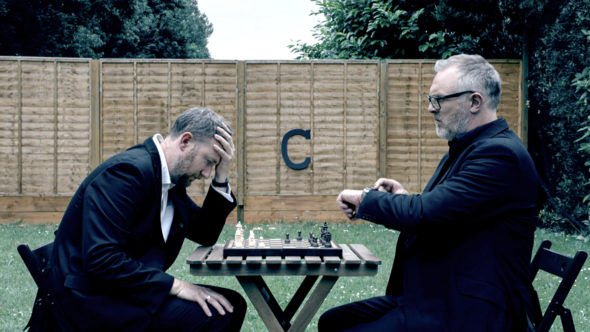 The Taskmaster TV series has enjoyed a long run in the UK but the same can’t be said for the show on The CW in the United States. The smallest network pulled the comedic game show after just one Sunday night episode, replacing it with Supernatural reruns. Fortunately for those who wanted to see more of Taskmaster, the network has now released the season’s remaining installments online via CWSeed.

The Taskmaster TV series stars comedian Greg Davies in the title role of the all-powerful Taskmaster. In each installment, he issues simple but comedic and bizarre tasks to five regular contestants which are typically comedians. Show creator Alex Horne acts as the Taskmaster’s assistant.

The tasks are usually performed in isolation but are occasionally taken on in teams. They’re designed to encourage the players to think laterally and creatively to complete the tasks. The final challenge is performed live in the studio with the episode’s winner taking home the donated items. At the end of a season, the person with the most number of points wins a golden bust of the Taskmaster.

Panelists for the eighth season (the one that CW opted to air) are Sian Gibson, Lou Sanders, Paul Sinha, Iain Stirling, and Joe Thomas. To see who ended up winning the 10 episode season, go here.

There can only be one #Taskmaster. Stream free now on CW Seed: https://t.co/x309ndFerC pic.twitter.com/7MgxLrergC

If you want to watch earlier seasons, they can be seen on the Taskmaster channel on YouTube.

What do you think? Do you like the Taskmaster TV series? Do you think that The CW should have cancelled their plans to air the full season?

I truly like the series. I wish that CW would have the series a better break and show the whole series before giving the series the axes. Maybe the series do better on CW Seed.

Taskmaster is on Youtube
Reply to  charles david haskell

They started it in Season 8 and only wanted a filler episode for the one weekend. They wanted to more likely line up the Supernatural repeats since the next season is coming out soon. They had no real plans of actually airing the whole Taskmaster season. It was cancelled before it aired.