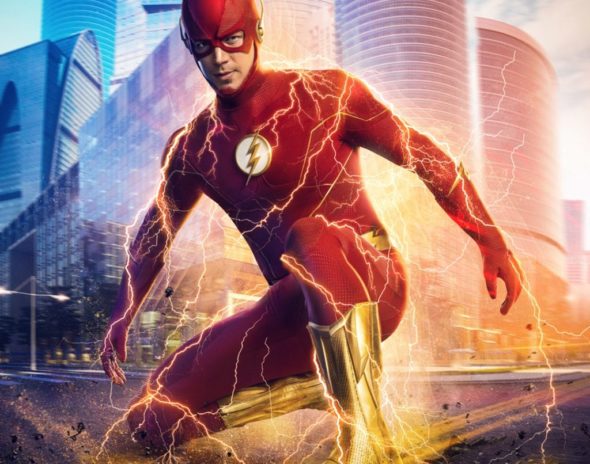 The Flash is returning for its ninth and final season at mid-season, and the cast and crew are now back at work on the set. Star Grant Gustin took to his Instagram account on Tuesday to share some photos and reflections about the series as production begins.

Check out his posts below.

A premiere date for the final season of The Flash will be announced at a later date by The CW.

What do you think? Are you sad that The Flash is ending after nine seasons? Or, do you think it was time for it to end?

The arroverse was awesome and had it’s run. Now it needs to go away for few years, then reboot it all.

8 years 9 season such a successful run great series loved it so good enjoy it and love it all episodes. Look forward to seeing it every Tuesday night superhero drama never missed any episode of it.

About time the CW got rid of HE TASH OH I MEAN HE FLASH !!!!! Never liked it for it took two years for FLASG to run around the block just took way to long to tell a simple story ???

Considering the carnage at CW at the end of the 2022 season, they should consider themselves lucky that they were given another 13 episodes to wrap the show up properly…. or at least we hope they do. Because it’s just 13 weeks, I doubt they will have time to address other parts of the so-called “Arrowverse” which have been left unsettled due to other shows which were victims of the CW carnage…. Legends, Batwoman, etc. If this Devil were writing this show I’d try to do both… start off with a 5 or 6 episode “crossover” event which resolves the… Read more »

The Flash had a great storyline and cast was wonderful look forward final season of this show so good it never lose my attention compare Arrow had to change theme very annoying so glad ending that.