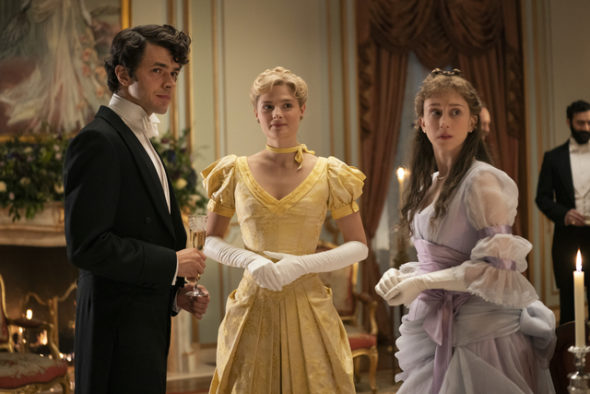 The Gilded Age is adding to its cast for season two. The HBO series has added Laura Benanti and Robert Sean Leonard as recurring members of the cast of the historical drama. Per Deadline, Christopher Denham, David Furr, Ben Lamb, Matilda Lawler, Dakin Mathews, Michael Braugher, and Nicole Brydon Bloom will also be recurring guest stars on the series during the upcoming season.

HBO revealed more about the roles the new arrivals will play:

“ROBERT SEAN LEONARD as Reverend Matthew Forte: A jovial, congenial man, and recent transplant from Boston, Matthew is the new rector of the church attended by all the highest New York society.

LAURA BENANTI as Susan Blane: Recently widowed by a rich, dull man many years her senior, Susan is a very beautiful, glamorous woman living in Newport who hires Larry as her architect for a major renovation on her Newport home.

NICOLE BRYDON BLOOM as Caroline Stuyvesant: A beguiling socialite, Oscar immediately recognizes her as the perfect heiress for marriage and a great match for his wit and disposition, while she finds him to be a valued confidant.

CHRISTOPHER DENHAM as Robert McNeil: A wealthy, mainstream, somewhat uptight banker who is trying to navigate New York high society with his wife.

DAVID FURR as Dashiell Montgomery: Agnes’ nephew by marriage, he is wealthy, widowed and has recently moved to New York with his school-age daughter Frances.

BEN LAMB as The Duke of Buckingham: A posh British nobleman recently arrived in New York, he catches Bertha’s eye as a tool for her ambition and match for Gladys.

MATILDA LAWLER as Frances Montgomery: Daughter to Dashiell Montgomery, she is innocent, naturally charming, endearing and well-bred with good manners.

DAKIN MATTHEWS as Mr. Winterton: A very rich widower, he married his new, young wife after an extremely short courtship – so short she hadn’t yet met any of his society friends and he is unaware of her past.

REBECCA HADEN as Flora McNeil: Flora has lived at the top of New York society, and has been brought up to believe the lie that her father deserted her and her mother.”

What do you think? Are you excited for season two of The Gilded Age on HBO?