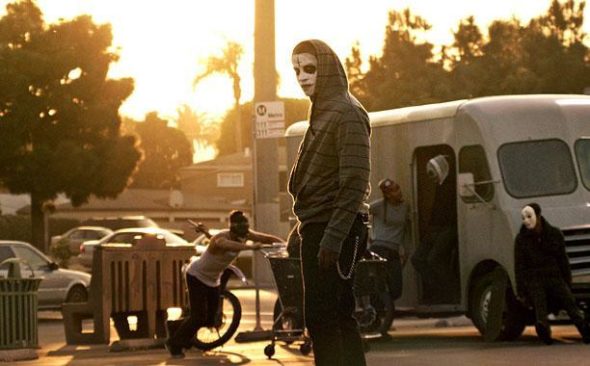 What happens after The Purge? USA Network just announced the premiere date for the TV show’s second season.

Based on the film franchise, the horror series unfolds in a dystopian United States where all crimes are legal for one 12-hour period a year. The season two cast includes Derek Luke, Max Martini, Paola Nuñez, and Joel Allen.

Season two of The Purge premieres on USA Network on October 15th at 9 p.m. ET/PT, followed by the debut of new series Treadstone at 10 p.m. ET/PT.

Based on the hit movie franchise, THE PURGE revolves around a 12-hour period when all crime, including murder, is legal. Season 2 explores how a single Purge night affects the lives of four interconnected characters over the course of the ensuing year, all inevitably leading up to the next Purge. From Blumhouse Television and UCP, the second season of the anthology series opens on Purge night but dives deeper than ever before in to what the Purge world looks like the other 364 days of the year. THE PURGE Season 1 was USA’s #1 scripted series in P18-49, P25-54 and P18-34 in 2018 1.

What do you think? Have you seen The Purge? Will you watch the new season?

One of the best series on TV!

This show needs to be Banned.. We already have enough wackos loose.