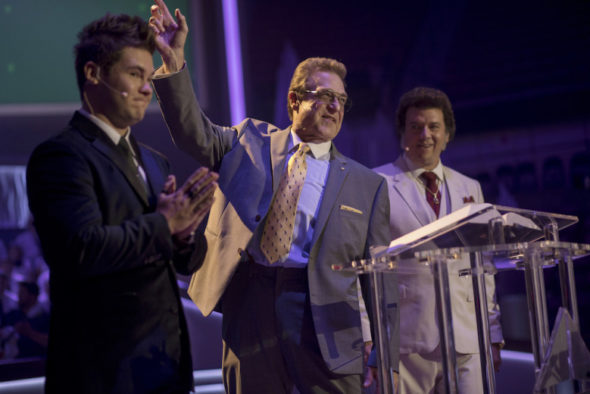 The Righteous Gemstones is returning soon to HBO, and the cable channel has released a trailer and announced a second season premiere date for the satirical comedy series. Starring Danny McBride, John Goodman, Edi Patterson and, Adam Devine, the series will find the televangelist Gemstones facing new threats during its second season.

Created, written and executive produced by Danny McBride (HBO’s Vice Principals and Eastbound & Down), and marking his third HBO comedy series from Rough House Pictures, THE RIGHTEOUS GEMSTONES tells the story of a world-famous televangelist family with a long tradition of deviance, greed and charitable work. Season two finds our blessed Gemstone family threatened by outsiders from both the past and present who wish to destroy their empire. McBride collaborators Jody Hill and David Gordon Green also serve as executive producers and directors.

Check out a trailer for The Righteous Gemstones below.

What do you think? Are you excited about the return of this HBO series in January?

As the Devil, I truly enjoy a show that reveals the hypocrisy of TV FundaMENTAList religious programming.

More Baby Billy this season I hope. If you haven’t watched Country Kids Misbehavin look it up on Youtube, it is a real pick me up.