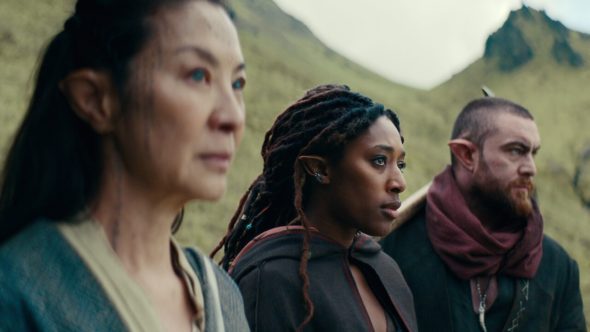 The Witcher: Blood Origin is coming to Netflix on Christmas Day and the streaming service has released a trailer. Starring Sophia Brown, Michelle Yeoh, Minnie Driver, Laurence O’Fuarain, Lenny Henry, Mirren Mack, Nathaniel Curtis, and Dylan Moran, the series is set 1,200 years before the events of The Witcher.

Netflix revealed more about the upcoming series in a release.

Set in an elven world 1200 years before the time of Geralt, Yennefer, and Ciri, The Witcher: Blood Origin will tell a tale lost to history: the creation of the first prototype Witcher, and the events that led to the pivotal Conjunction of the Spheres, when the worlds of monsters, men, and elves merged to become one. This four-part prequel series premieres on Netflix on December 25.

Check out the trailer for The Witcher: Blood Origin below.

What do you think? Are you planning to check out this new addition to The Witcher franchise on Christmas Day?

I definitely will be watching Blood Origins’