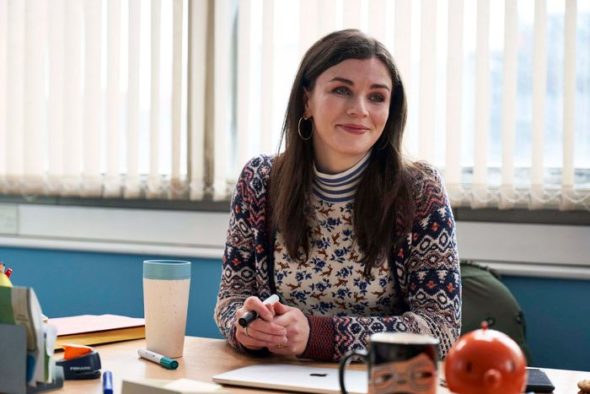 Things are looking up for This Way Up. Deadline reports Hulu and Channel 4 are developing a second season of the British TV show.

The comedy-drama, which airs on Hulu in the U.S. and on Channel 4 in the U.K., stars Aisling Bea as a woman trying to put her life back together in the wake of a nervous breakdown. The cast also includes Tobias Menzies, Sharon Horgan, and Aasif Mandvi.

According to Deadline, This Way Up creator/star Aisling Bea has been writing a second season of the TV show with plans to shoot later this year. Star Tobias Menzies confirmed, in a recent Deadline interview, that Bea is writing the scripts for season two and hopes to shoot soon:

I think I’m allowed to say this, but yes, Aisling [Bea] is writing. Everyone is very keen to make some more of it. Hopefully, that’s one of the things we can do when we work out how to film again.

The desire is to do it later this year and I’d love to go and do some more. I think it’s really great.”

What do you think? Have you seen This Way Up? Will you watch season two?

Hang on tight when you first watch this.

I have watched many shows where there is a deliberate intention to make you feel uncomfortable.

But none had the same effect as this during the very first episode and I had to stop watching as I unbelievably found myself going down a very deep hole in my mind and it was wholly unpleasant to a very disturbing degree.