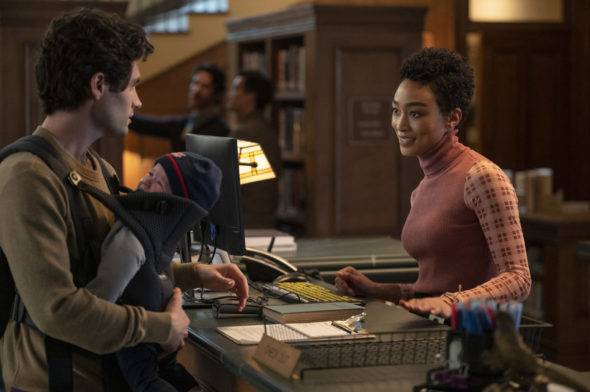 You is ready to return for its third season, and Netflix has announced an October premiere date. Viewers will see Joe (Penn Badgley) raising his child with his wife in the suburbs.

Victoria Pedretti, Jenna Ortega, Janes Scully, Ambyr Childers, and Carmela Zumbado also star in the drama. Netflix revealed more about the return of the series in a press release.

“In Season 3, Joe and Love, now married and raising their baby, have moved to the balmy Northern California enclave of Madre Linda, where they’re surrounded by privileged tech entrepreneurs, judgmental mommy bloggers and Insta-famous biohackers. Joe is committed to his new role as a husband and dad, but fears Love’s lethal impulsiveness. And then there’s his heart. Could the woman he’s been searching for all this time live right next door? Breaking out of a cage in a basement is one thing. But the prison of a picture-perfect marriage to a woman who’s wise to your tricks? Well, that’ll prove a much more complicated escape.”

You arrives on October 15th. Check out a preview for season three below.

What do you think? Do you plan to watch season three of You on Netflix this fall?

Season 1 was good. Then Netflix ruined the concept.