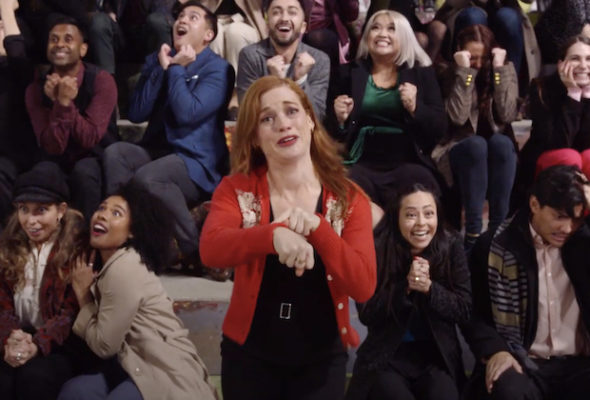 The Roku Channel shared the following about the special in a press release.

“On her first holiday without her father, Zoey attempts to create a magical Christmas for her family just like the ones Mitch used to do. Zoey’s Extraordinary Christmas premieres on The Roku Channel on December 1.”

Check out a preview of the film below.

What do you think? Are you planning to check out Zoey’s Extraordinary Christmas in December?

I have watched all episodes of Zoey’s Extraordinary Playlist, but now that it is only on “The Roku Channel” (whatever that is)… I can not watch it any more. That is not fair. It should be on for everyone to see on the channel it was on before or another channel. If not, then on Netflix. That is all I can afford.

Roku streaming is free. I JUST NOW WATCHED THE CHRISTMAS ZOEY’S MOVIE, after downloading the free app and logging in as “guest”. I really want this series to come back!! Everyone who loves it, should watch this movie and get on all media and ask for it back!!

I loved Zoey. However it spent too much time and energy trying to be PC. Not needed. Great characters and concept.