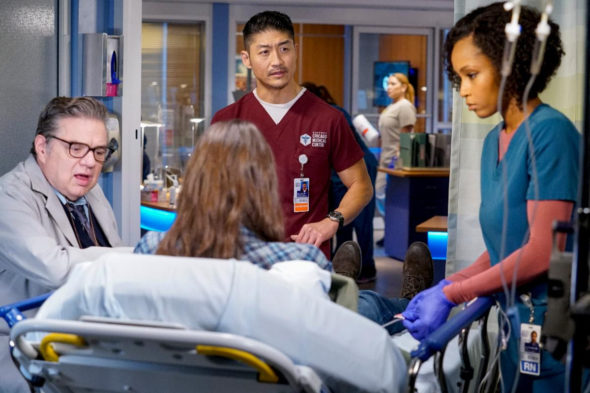 One Chicago fans don’t have much longer to wait for new episodes of Chicago Fire, Chicago Med, and Chicago PD. All three shows will return with new episodes on the night of January 6th, and NBC has released details and a preview for the upcoming installments.

NBC shared the following details about the new episodes in a press release:

“CHICAGO MED (8-9 p.m. ET)
“Do You Know the Way Home”
Dr. Charles and April team up to take on a mysterious patient in the ED. Dr. Halstead is forced to make a life-or-death decision for one of his trial patients. Dr. Marcel is confronted by his past when a former acquaintance is brought into the ED.

CHICAGO FIRE (9-10 p.m. ET)
“Smash Therapy”
A mishap on the aerial ladder in the midst of a fire rescue leaves Mouch shaken and questioning his abilities. Kidd looks for support from Severide while Casey and Brett discuss their future.

CHICAGO P.D. (10-11 p.m. ET)
“Tender Age”
When a child is found is walking alone in the middle of the street, the team later discovers that her entire family has been murdered and that she narrowly escaped. The investigation leads to a complicated family story that hits home for the members of the Chicago P.D.”

All three shows returned with new episodes in November, but only two episodes aired before the shows went on winter hiatus. Chicago Fire, Chicago Med, and Chicago PD follow the first responders in Chicago as they live their lives and keep the residents of the city safe.

Check out the preview for the return of the three shows and more photos from the upcoming episodes below. 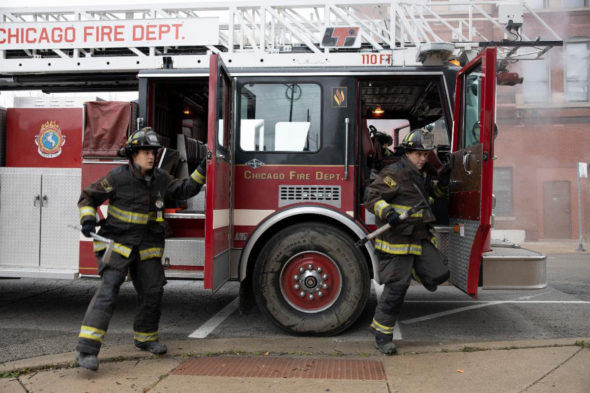 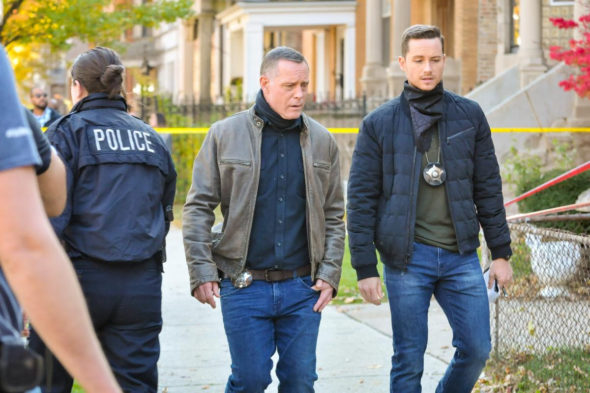 What do you think? Are you excited for the return of Chicago Fire, Chicago Med, and Chicago PD on NBC?

Is it just me or was the episode on Jan 6 a repeat?? I have for sure seen this!

All three were pre-empted due to coverage of the events at the Capitol. It looks like these episodes will air on 1/13.

NBC.com and Hulu.com have the current season episodes. Peacocktv.com has all episodes.

So glad Chicago PD is back!!!!

I am so glad Chicago pd is back as well