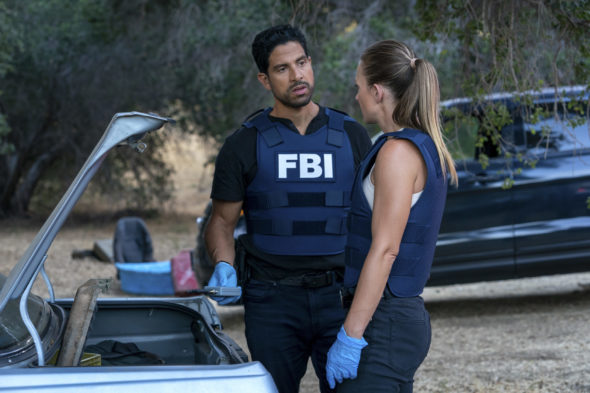 Criminal Minds: Evolution is coming to Paramount+ later this month, and the streaming service has released a new trailer. It was also announced that the premiere of the revival series will also air on CBS. Joe Mantegna, Paget Brewster, Aisha Tyler, Kirsten Vangsness, A.J. Cook, and Adam Rodriguez are returning to star in the continuation of CBS’ Criminal Minds series. There will be 10 episodes.

Paramount+ revealed more about the series’ premiere in a press release.

In CRIMINAL MINDS: EVOLUTION, the FBI’s elite team of criminal profilers come up against their greatest threat yet, an UnSub who has used the pandemic to build a network of other serial killers. As the world opens back up and the network goes operational, the team must hunt them down, one murder at a time. Original cast members continuing their roles include Joe Mantegna, A.J. Cook, Kirsten Vangsness, Aisha Tyler, Adam Rodriguez and Paget Brewster. Zach Gilford joins the dynamic cast as a recurring guest star in a season-long arc.

CRIMINAL MINDS: EVOLUTION will continue and expand the beloved franchise for streaming audiences, blending serialized elements into the series’ format. This season continues CBS’ “Criminal Minds” series, which ran from 2005-2020 and followed the FBI’s Behavioral Analysis Unit, the best of the best who profiled the worst of the worst.

Check out the trailer for Criminal Minds: Evolution below.

What do you think? Are you excited to see Criminal Minds: Evolution on Paramount+? Will you watch the first episode on CBS?

I watched criminal minds until the very end we pay so much for cable now,so why do we have to pay additional money for 1 program give me a break!!

Yes, it should be put back on CBS for everyone to watch. Some people can’t afford Paramount +. Why should we have to pay for it. We are paying enough for cable already. Great show so please put it back on CBS. Do something right for a change.

Watch every season on CBS. But will not watch with its move Paramount+.

Forgot~ how could they have taken the best show off CBS to begin with??? I’ll never understand that- we all want more than ten episodes and we want it on CBS for a long time to come! Thank you!!

I want more than just 10 episodes and it should air back on cbs!!! Pls!!! Thank you, Sue

The cancellation of Criminal Minds was the largest criminal act against entertainment. We have had to suffer and endure mediocrity since.
I welcome the writer’s, producer’s, actors, the whole ensemble back to whet our appetites forever more.

I am psyched! Looks insane!