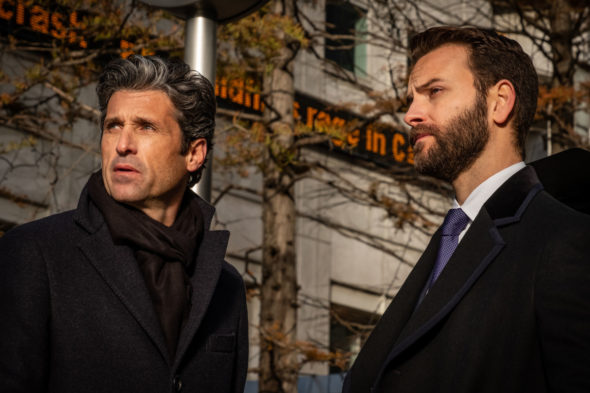 TV show description:
An international thriller series, the Devils TV show is based on the novel I Diavoli by Guido Maria Brera.

The story takes place in 2011 and follows Massimo Ruggero (Borghi), the charismatic yet ruthless Head of Trading at American New York – London Bank (NYL), one of the world’s most important investment banks. His mentor and father figure is NYL’s CEO, Dominic Morgan (Dempsey).

Following a scandal, Dominic appoints another colleague over Massimo as the vice-CEO. Convinced that the scandal was a set-up, Massimo investigates and then finds himself named as the prime suspect in a murder investigation.

With the help of his squad and a group of hacktivists, Massimo fights to clear his name and becomes involved in an intercontinental financial war. Facing the “devils” who pull the strings of the world, Massimo will have to choose whether to fight them or to join them.

What do you think? Do you like the Devils TV show? Do you think it should be cancelled or renewed for another season?