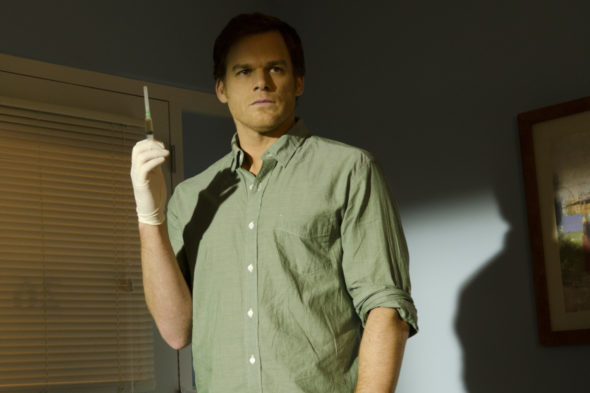 Dexter is coming back to Showtime this fall, and the cable channel has released three videos teasing the series’ return. Michael C. Hall is back as serial killer Dexter Morgan and Clyde Phillips, one of the original run’s executive producers, is returning as showrunner.

“Dexter is such a special series, both for its millions of fans and for Showtime, as this breakthrough show helped put our network on the map many years ago,” said Gary Levine of Showtime when the revival was announced. “We would only revisit this unique character if we could find a creative take that was truly worthy of the brilliant, original series. Well, I am happy to report that Clyde Phillips and Michael C. Hall have found it, and we can’t wait to shoot it and show it to the world!”

In October, the channel ordered 10 episodes for the series return, and production began earlier this year. Julia Jones, Alano Miller, Johnny Sequoyah, and Jack Alcott are all joining Hall in the Showtime revival series, which will be set in the fictional town of Iron Lake in New York.

Check out the teaser previews for Dexter below.

What do you think? Are you excited about the return of the Dexter TV series on Showtime?

So excited to hear coming back miniseries are the best ones. Look forward watching it started from beginning never seen it before.