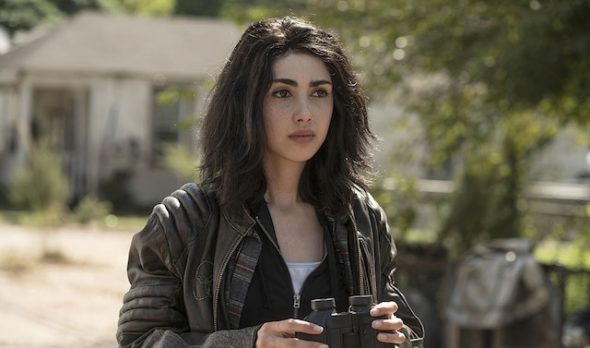 Fantasy Island is adding an alum of the Walking Dead franchise as a recurring member of the cast for season two. Alexa Mansour (The Walking Dead: World Beyond) will make her first appearance on the series during the second episode of season two. Frankie J. Alvarez, Jai Rodriguez, and Izzy Diaz will also guest star in the episode which is expected to air on June 7th.

Starring Roselyn Sánchez, Kiara Barnes, and John Gabriel Rodriquez, the series is a sequel to the original Fantasy Island. TV show which ran on ABC  for seven seasons, 1977-84. FOX revealed the following about the new arrival:

The series is currently in production in Puerto Rico.

FANTASY ISLAND returns for its sophomore run on May 31 at 9 p.m ET/PT.

In Season 2, the transformations continue when two former high school losers come to the Island hoping to make their onetime classmates envious of their new lives. Also, three friends attempt to find out what happened to a fourth companion, who mysteriously vanished decades ago; and an empty-nester couple arrives to determine whether or not to divorce.”

What do you think? Are you excited about the return of Fantasy Island to FOX?

Her acting and others in “The Boring Dead : Beyond Boring” is laughable.
Now another funny show?!