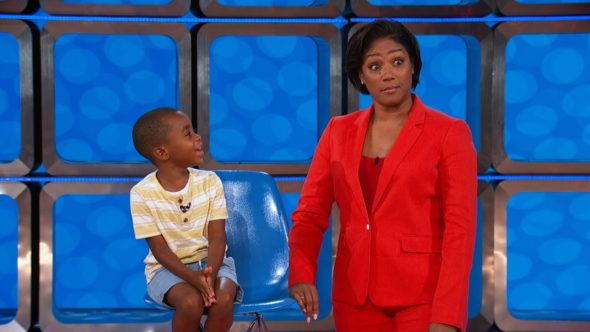 There have been a few revivals of the Kids Say the Darndest Things TV series over the years. In 2019, ABC launched their version of the variety series with actress and comedian Tiffany Haddish serving as host and executive producer.  The show had lackluster ratings on the alphabet network and was cancelled in May 2020.

In December of last year, CBS — the home of the original Art Linkletter version — announced that they had revived the show for a second season. The network has now set Wednesday, May 5th, as a premiere date for season two.

Here’s the official announcement from CBS:

The reimagined KIDS SAY THE DARNDEST THINGS showcases Tiffany Haddish’s unparalleled comedy talents, using her singular voice, humor and life perspective to interact with real kids from across the country in an honest, unpredictable and hilarious way. The show will feature fun segments, including “Show and Tell,” “Tiffany’s Life Lessons” and more, with Tiffany guiding kids through conversations to discuss their interests, lives and perspectives on the world. These kids are all unrehearsed and have no filters as they share their unvarnished opinions. Plus, the show honors its history with a nod to where it all began when Art Linkletter interviewed kids on his show with the weekly “Linkletter Vault” segment, featuring amusing past conversations with kids.

What do you think? Did you watch the Kids Say the Darndest Things: TV show on ABC? Will you be tuning in for season two on CBS?

As a Baby Boomer, I watched the original show back in the early 1960’s when I was 10 years old. I liked the show and I still like the new show. Keep it going, CBS!

Why pick that host! Really better then her, hence it’s not time.

Why would CBS revive this if had lackluster ratings on ABC? Probably because it’s cheap to produce & could have less expectations in summer?

My guess is because they used to air the original show, and since they’ve been rebooting a lot of their old shows this is just another one they could do.

I’m really glad you extended the show. I think the show is intelligent, funny, and very entertaining. This is the type of entertainment we need with everything that’s going on! Thank you for bringing it back!