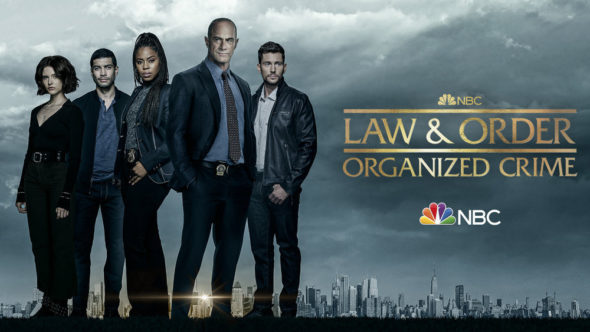 A procedural drama series, Law & Order: Organized Crime is a spin-off of the long-running Law & Order: SVU TV show and stars Christopher Meloni, Danielle Moné Truitt, Ainsley Seiger, Brent Antonello, and Rick Gonzalez. The story follows the detectives of the NYPD’s Organized Crime Control Bureau as they work to dismantle the city’s most vicious and violent illegal enterprises. Det. Elliot Stabler (Meloni) has returned to the force after a decade away and must rebuild his life after a devastating personal loss. Stabler’s sergeant and partner, Ayanna Bell (Truitt), leads the task force. Observant and deceivingly smart, Jet Slootmaekers (Seiger) utilizes her tech expertise and hacking skills to give the team a leg up on striking their target. Detectives Jamie Whelan (Antonello) and Bobby Reyes (Gonzalez) are recent additions to the team.

For comparisons: Season two of Law & Order: Organized Crime on NBC averaged a 0.54 rating in the 18-49 demographic and 3.93 million viewers.

What do you think? Do you like the Law & Order: Organized Crime TV series on NBC? Should it be cancelled or renewed for a fourth season?

Good show should be renewed