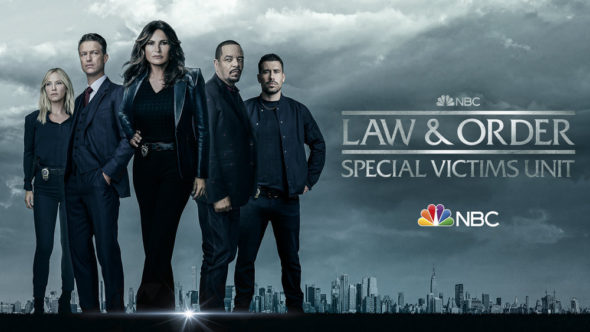 The last time it was renewed, Law & Order: Special Victims Unit received a three-season order. That renewal ends with season 24, but despite its age, the show has remained one of NBC’s most popular shows. Given the ratings and syndication and streaming profits, the show is highly unlikely to be cancelled and is sure to be celebrating a 25th anniversary during the 2023-24 season. Will SVU be renewed for multiple years? Stay tuned.

For comparisons: Season 23 of Law & Order: Special Victims Unit on NBC averaged a 0.65 rating in the 18-49 demographic and 4.48 million viewers.

What do you think? Do you like the Law & Order: Special Victims Unit TV series on NBC? Should it be cancelled or renewed for a 25th season?