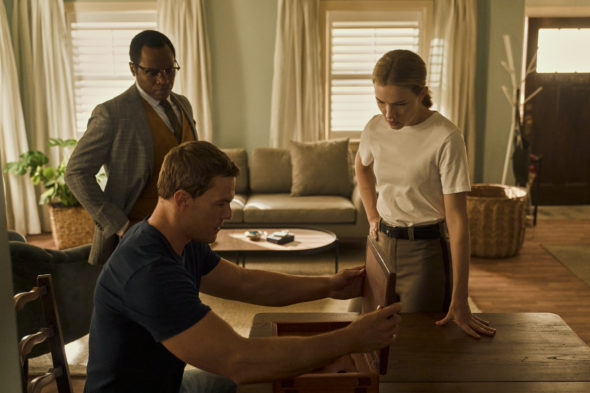 Is Jack in over his head in the first season of the Reacher TV show on Prime Video? As we all know, the Nielsen ratings typically play a big role in determining whether a TV show like Reacher is cancelled or renewed for season two. Prime Video and other streaming platforms, however, collect their own data. If you’ve been watching this TV series, we’d love to know how you feel about the first season episodes of Reacher here.  *Status update below.

An action crime thriller series on Amazon Prime Video, the Reacher TV show is based on novels by Lee Child. The first season stars Alan Ritchson, Malcolm Goodwin, Willa Fitzgerald, Chris Webster, Hugh Thompson, Maria Sten, Harvey Guillén, Kristin Kreuk, Currie Graham, Marc Bendavid, Willie C. Carpenter, Maxwell Jenkins, and Bruce McGill. The story revolves around veteran military police investigator Jack Reacher (Ritchson) who has just recently entered civilian life. He’s a drifter, carrying no phone and the barest of essentials as he travels the country and explores the nation he once served. When Reacher arrives in the small town of Margrave, Georgia, he finds a community grappling with its first homicide in 20 years. The police immediately arrest him and eyewitnesses claim to place Reacher at the scene of the crime. While he works to prove his innocence, a deep-seated conspiracy begins to emerge, one that will require Reacher’s keen mind and hard-hitting fists to combat. One thing quickly becomes clear — they picked the wrong guy to take the fall.

What do you think? Which season one episodes of the Reacher TV series do you rate as wonderful, terrible, or somewhere between? Do you think that Reacher on Prime Video should be cancelled or renewed for a second season? Don’t forget to vote, and share your thoughts, below.

*2/7/2022 update: Reacher has been renewed for a second season on Prime Video.

WOW at last a believable characterisation rather than the polar opposite (Tom Cruise) The storyline and characters broadly follow the book with a few little tweaks but it’s a great series. Likable good guys and despicable baddies and some good humour too. REALLY watchable and even husband binge watched the whole series! Can’t wait for Series2 and hope that some of the characters we have been introduced to reappear along the way.