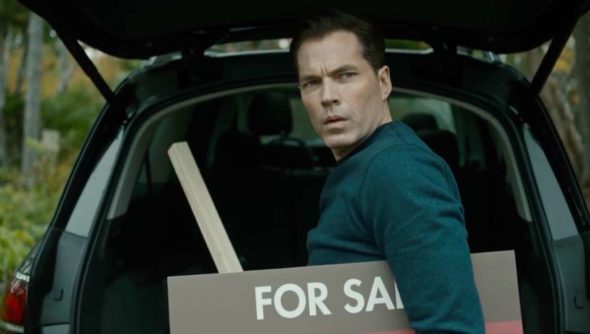 Can this agency scare up sales in the first season of the SurrealEstate TV show on Syfy and CTV Sci-Fi Channel? As we all know, the Nielsen ratings typically play a big role in determining whether a TV show like SurrealEstate is cancelled or renewed for season two. Unfortunately, most of us do not live in Nielsen households. Because many viewers feel frustrated when their viewing habits and opinions aren’t considered, we invite you to rate all of the first season episodes of SurrealEstate here. *Status update below.

A CTV Sci-Fi Channel and Syfy paranormal drama series, SurrealEstate stars Tim Rozon, Sarah Levy, Adam Korson, Maurice Dean Wint, Savannah Basley, and Tennille Read. The story follows an elite team of specialists at The Roman Agency who handle the cases no one else can — haunted and possessed houses that literally scare would-be buyers away. Researching, investigating, and “fixing” the things that go bump in the night, the team works to create closure (and closings) even as they struggle with demons of their own. Nick Roman (Rozon) is the owner and has gained a whispered reputation as someone who could sell the haunted houses that nobody else could. Susan Ireland (Levy) is an enormously successful realtor who doesn’t believe in ghosts or hauntings. Father Phil Orley (Korson) is the agency’s research specialist while August Ripley (Wint) specializes in technology, and Zooey L’Enfant (Basley) serves as the agency’s office manager. Meanwhile, Megan Donovan (Read) is a medical student who just inherited a house from her grandfather.

What do you think? Which season one episodes of the SurrealEstate TV series do you rate as wonderful, terrible, or somewhere between? Do you think that SurrealEstate should be cancelled or renewed for a second season on CTV Sci-Fi Channel and Syfy? Don’t forget to vote, and share your thoughts, below.

*5/11/2022 update: SurrealEstate was initially cancelled but was later revived and renewed for season two.

Wow, I guess SyFy can’t stand success. Another one bites the dust. Guess I will be dropping this channel.

Really hope another station pics up this show. Syfy completely under advertised this show, only found out about it thanks to an Instant Star craving. It is WAY too good to end like this!

I CANNOT BELIEVE THIS STATION! I now hate SYFY as do a lot of people I know! I DON”T BELIEVE YOU CANCELLED SURREAL ESTATE! There are shows you re-new on here that seem like the worst of the worst shows but again they get renewed……BUT YOU CANCEL SURREAL ESTATE! I know there should be a variety of different shows on the network, which is why I don’t want to say the shows I hate because everyone can like their own thing! But cancelling SURREAL ESTATE..you people over there must be out of your ever loving minds! I’ve seen so many… Read more »

SyFy never brings anything back. They are the VERY WORST network known to the existence of man! I have resorted to NEVER, ever, EVER get involved with a show on SyFy again until I can be sure it will make it at least five seasons! I am tired of wasting my life on awesome shows with bull**** cancellations! When they cancelled Eureka and Warehouse 13, my relationship with SyFy officially ended, as well as with a plethora of my friends. Their stupid decisions lose them their audiences. Sad thing is they are ruining their FUTURE audiences. How can they expect… Read more »