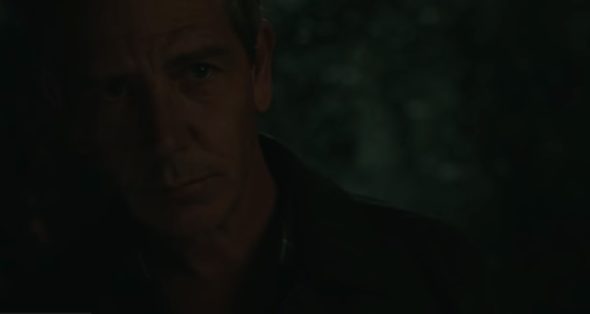 The Outsider is coming to HBO. The series, which is based on a book by Stephen King, will premiere on the cable network in January.

The new HBO series follows the investigation of the murder of a young boy. Ben Mendelsohn and Cynthia Erivo headline the cast.

HBO revealed more about the plot of the series in a press release. Check that out below.

“Based on Stephen King’s bestselling novel of the same name, THE OUTSIDER is a new drama series that explores the investigation into the gruesome murder of a local boy and the mysterious force surrounding the case.

Debuting on HBO, SUNDAY, JANUARY 12, 2020 (9:00 p.m. ET/PT and 10:00 p.m. ET/PT) with two episodes sequentially, the 10-episode series follows police detective Ralph Anderson (Ben Mendelsohn), as he sets out to investigate the mutilated body of 11-year-old Frankie Peterson found in the Georgia woods. The mysterious circumstances surrounding this horrifying crime leads Ralph, still grieving the recent death of his own son, to bring in unorthodox private investigator Holly Gibney (Cynthia Erivo), whose uncanny abilities he hopes will help explain the unexplainable.”

HBO also released a preview for the new series. Check that out below.

What do you think? Will you watch The Outsider on HBO?

If it’s a Stephen King movie I wouldn’t miss it. Hope theirs more of his movies in the near future.