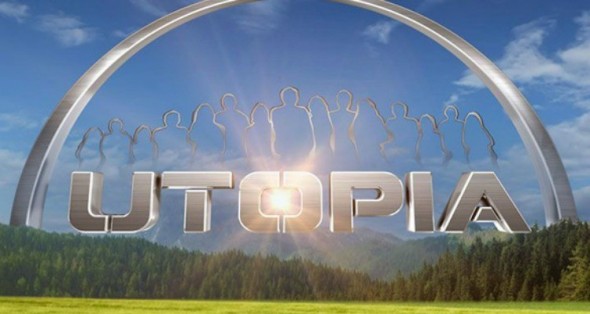 FOX kicked off the 2014-15 season with an ambitious plan — to air their new Utupia reality show for 52 straight weeks. Will it run for years or be cancelled quickly? A stroke of genius or a big ratings flop?

Utopia follows a group of regular people who are relocated to a remote area and given limited resources. They must figure out how to survive and create their own society. Those who are dispensable can be voted out and replaced with newcomers, as decided by the home viewers.

The series launched on September 7th with a two-hour installment. It drew a 2.0 rating in the 18-49 demographic with 4.63 million viewers. That was an okay start but FOX execs were surely expecting much better — especially considering it followed a highly-rated football game.

On Tuesday, the series plunged 55% in the demo and 46% in viewership to a 0.9 rating and 2.48 million. The Friday premiere drew just a 0.7 rating and 1.99 million. This past Tuesday’s episode did a bit better but the numbers were still very poor.

Utopia is already doing terribly in the ratings and the numbers are sure to get much worse with stiffer competition on the other networks.

Unless the ratings turn around, there’s no question that FOX will cancel Utopia — the only real question is “when?”. I suspect execs are hoping to keep the show going until their baseball coverage starts in October before they cancel it.

However, if the ratings keep going downward — and it looks like a sure bet that they will — they may have no choice but to pull it even sooner.

Fox Television Group co-CEO Dana Walden says that, despite the soft launch, network execs are “pretty happy and relaxed to embrace the risk.” They plan to be “patient” with the new show.

It will be interesting to see how long before their patience run out for Utopia.

But, what do you think? Are you enjoying Utopia? Do you think it should be cancelled? How much time should they give it? Do you think this could be the first cancellation of the new season?

I vote to keep it. I really enjoy watching it, but I want
to see the chicken tractor work more. More side
romances and a little more seeing the work happen
instead of just the results. KEEP IT

please keep this show! I want to visit!!!

I love watching the show! The dynamics of the group & how they can change from week to week are fascinating! It’s easy to sit back & be an “arm chair quarterback” & maybe judge what’s going on or who should/shouldn’t do whatever. But we aren’t “living it”. I can’t wait to see how it progresses (or implodes).

Poorly executed and I could care less about the people on it. And it’s a reality show. Bye bye.

Big Amen to “Why Watch” fully agree so FOX DUMP IT here and now!

Why are we leaving comments here regarding whether we like Utopia or not?
Will those making the decisions about the fate of Utopia pay any attention to this obscure website?
Yes, it good to voice an opinion but I’d rather not just be yelling in an empty room…
WHY DON’T WE FIND THE PROPER FOX EXECUTIVES or JOIN THE UTOPIA SITE (FOR FREE) AND MAKE OUR VOICES KNOWN THERE?
Literally hundreds of people are wasting their breath here…

I say this in all peace, u could b m kids. I ibelieve ur triying to copy a commune l

omg realllly?? Is that all you could come up with? You need help seriously!

I am not a reality TV person but I have watched every episode twice already. I didn’t think it was an interesting concept when I first heard it but I really do enjoy seeing what happens.

I would appreciate you leave it on till the end of the year and I think it’ll catch on.

I enjoy watching the concept if the possibilities of what could be! Please keep it going. Let America see what life COULD BE like!!

What is with the pastor. I would hope true Utopia would be religion free. Where did all these people really come from that need to be baptized? I would prefer to watch the show with a therapist. Will not watch it anymore. Not a good show.

Going to watch it now? would have been nice for you to give it a chance now that the pastors gone!! Way to go champ!!