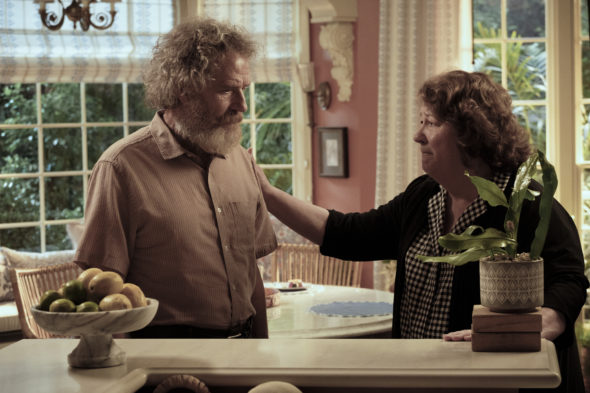 Some seek salvation while others seek revenge in the second season of the Your Honor TV show on Showtime. As we all know, Nielsen ratings typically play a big role in determining whether a TV show like Your Honor is cancelled or renewed for season three (in this case, we know season two is the end). Unfortunately, most of us do not live in Nielsen households. Because many viewers feel frustrated when their viewing habits and opinions aren’t considered, we invite you to rate all of the second season episodes of Your Honor here.

A Showtime crime drama series, the Your Honor TV series stars Bryan Cranston, Rosie Perez, Michael Stuhlbarg, Hope Davis, Lilli Kay, Jimi Stanton, Benjamin Flores Jr., Andrene Ward-Hammond, Isiah Whitlock Jr., and Keith Machekanyanga. Guests include Margo Martindale and Amy Landecker. Michael Desiato (Cranston) was a highly-respected New Orleans judge whose personal and professional lives were turned upside down when his teenage son, Adam (Hunter Doohan), is involved in a hit-and-run. In season two, Michael has lost the will to live and any semblance of the upstanding judge he once was before the death of his son, Adam. But his life is thrown yet again into chaos by the arrival of Olivia Delgado (Perez), a laser-focused federal prosecutor determined to bring down a major crime organization. Meanwhile, crime boss Jimmy Baxter (Stuhlbarg) is looking to go legit, but a war is brewing at home with his formidable wife, Gina (Davis), who has other ideas for the family business.

What do you think? Which season two episodes of the Your Honor TV series do you rate as wonderful, terrible, or somewhere between? Do you think that Your Honor should be ending, or would you have watched a third season on Showtime?

So glad continue revival it for a final season so good cast Bryan Crystom the best.