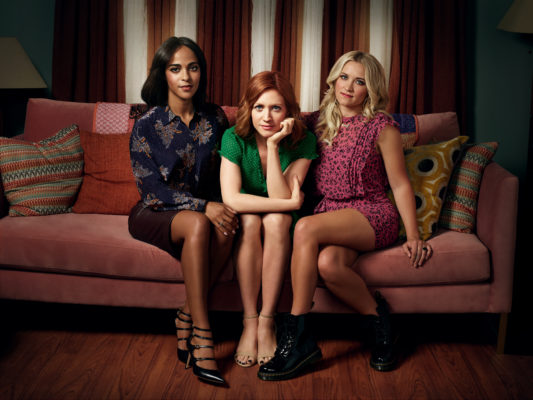 Can this show attract viewers like Julia attracts siblings? Has the Almost Family TV show been cancelled or renewed for a second season on FOX? The television vulture is watching all the latest cancellation and renewal news, so this page is the place to track the status of Almost Family, season two. Bookmark it, or subscribe for the latest updates. Remember, the television vulture is watching your shows. Are you?  Status update.

Airing on the FOX television network, the Almost Family TV show stars Brittany Snow, Tim Hutton, Megalyn Echikunwoke, Emily Osment, Mo McRae, Mustafa Elzein, and Victoria Cartagena. Based on the Australian drama series Sisters, this show explores what it means to be a family and the potential emotional complications that new generations of In vitro fertilization (IVF) children can face. In the series, Julia Bechley (Snow) is an adult only child who has her world turned upside down. She learns that her father, Doctor Leon Benchley (Hutton), a pioneer in fertility, secretly used his own sperm to father over a hundred children. While still reeling from this revelation, Julia discovers that she has two new half-sisters — her former best friend, Edie Palmer (Echikunwoke), and ex-Olympic athlete Roxy Doyle (Osment). As the three daughters begin to reconcile their new reality, Julia starts life without having her dad by her side, Edie comes to grips with her sexuality, and Roxy faces adulthood out of the spotlight. The trio attempt to bond as unconventional sisters while dealing with new siblings as part of a rapidly expanding and very untraditional extended family.

The first season of Almost Family averaged a 0.44 rating in the 18-49 demographic and 1.53 million viewers. Find out how Almost Family stacks up against other FOX TV shows.

Will FOX cancel or renew Almost Family for season two? The ratings are pretty low and they should be a lot better considering that it follows The Masked Singer, the highest-rated series in the demo. At this point, I think it will be cancelled. For now, I’ll keep an eye on the ratings and update this page with breaking developments. Subscribe for free alerts on Almost Family cancellation or renewal news.

What do you think? Were you hoping that the Almost Family TV show would be renewed for a third season? Are you sorry that FOX cancelled this TV series, instead?”

I just binge watched the entire season only to find out its not coming back. Soooooooo disappointed……