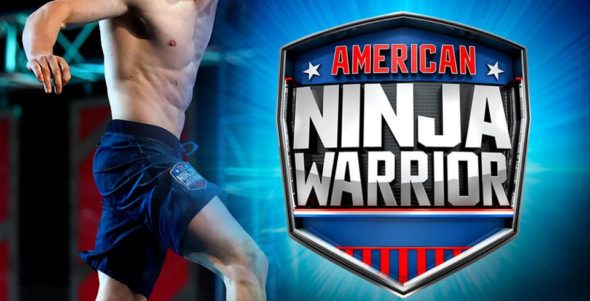 Is this TV series still a winner? Has the American Ninja Warrior TV show been cancelled or renewed for a 12th season on NBC? The television vulture is watching all the latest cancellation and renewal news, so this page is the place to track the status of American Ninja Warrior, season 12. Bookmark it, or subscribe for the latest updates. Remember, the television vulture is watching your shows. Are you?

Hosted by Matt Iseman, Akbar Gbaja-Biamila, and sideline reporter Zuri Hall, American Ninja Warrior is based on the Japanese series, Sasuke. The NBC TV show is a high-octane obstacle course competition that follows contestants in both city qualifying and city finals rounds. Contestants who complete the finals course in their area move on to the national finals round. In season 11, the show visits Los Angeles, Atlanta, Oklahoma City, Baltimore, Cincinnati and Seattle/Tacoma, shooting indoors for the first time at the famed Tacoma Dome. At stake is a grand prize of $1,000,000.

Will NBC cancel or renew American Ninja Warrior for season 12? We won’t have to spend any time wondering about that since the Peacock Network gave this venerable program an early 12th season renewal. Still, plans can change. I’ll update this page with breaking developments. Subscribe for American Ninja Warrior cancellation or renewal alerts.

What do you think? Are you glad that the American Ninja Warrior TV show has been renewed for season 12 already? How would you feel if NBC had cancelled this TV show, instead?

I am so looking forward to the show returning to TV. Drew is my special favorite.

I love watching America Ninja Warriors Plz keep it on Every season. If u can and I love how you made the top 2 people do that obstacle up in the air. I forgot what u called it. You also need 2 top girls to do the obstacle also. Plz keep it from being cancel. I wish they can be on twice a year. Both of them new one’s..
also love watching the Junior Warriors too.

I’m not sure how they do ratings for television shows, but we love American Ninja Warrior. My whole family watches on Hulu. We hope they never cancel it.

I am glad to see it is back for the 12 season. It would be missed very much if it was cancelled. It gives something positive for kids to look up to

I love this show. I would be devastated if they were to cancel this. My kids love watching it and want to be a Ninja warrior when they get older

I Love this show. I believe we all have our own MT Midoryamas to climb . I just wish the Women &Men had an Equal chance. Some of the Women got farther is city contests than men. But less could go on. Unfair.

I sure hope it gets renewed. This is one of my favorite shows. I’ve been watching it since probably season 4 (that was the first time I had heard of it) and I’ve always wanted to run the course. I would be so disappointed if the show got cancelled.