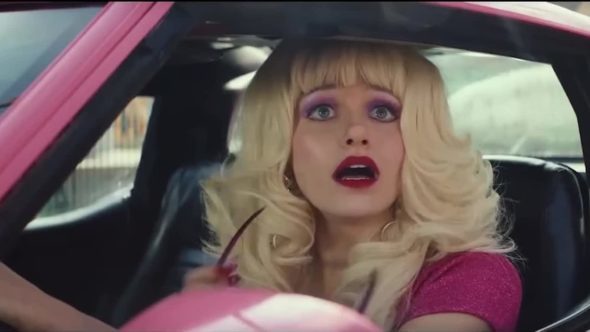 Rossum shared the following about the series in a statement:

“As a society broadening our understanding of identity, this story plays with large questions. Are we defined by the historical facts of our life? Or can we define ourselves? To self-actualize, to embrace whoever we are on the inside and live whatever truth feels most accurate. When everyone’s experience of reality and truth is personal, can there ever be one true story? I’ve spent the better part of 4 years thinking, living, and breathing this project. I love Angelyne. She’s as if Marilyn Monroe got into an easy bake oven with a 80s punk Barbie Doll, and a dose of new age spirituality. She’s a trailblazer, a hustler, a visionary, the original influencer, a living-breathing piece of art. Here is a little taste of the show. I hope you fall in love with her magic.”

Angelyne premieres on May 19th. Check out the trailer for the new drama below.

What do you think? Are you planning to check out Angelyne on Peacock?