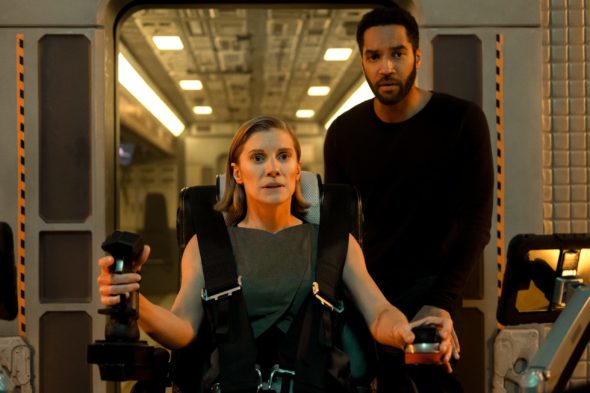 Another Life will not have a third season. Netflix has cancelled the sci-fi series, according to the show’s star, Katee Sackhoff. She announced the cancellation on her Twitter account. Season two of the series was released in October 2021.

Check out Sackhoff’s announcement below.

I’d like to thank everyone single person who watched & supported Another Life on @netflix To our crew & cast thank you for always working so hard & being prepared. I wish we could do more seasons but sadly it’s just not in the cards 🚀 See you on the next adventure ❤️ Love Niko

What do you think?  Have you watched this sci-fi series? Did you want to see a third season of Another Life on Netflix?

I was surprised Another Life was renewed for season2, but season 2 was much better, and the last episode played like series finale.

While the first season held some promise, the second season got rid of this. The end of season 2 was a pretty good point to say goodbye to the series.

Normally, I am a fan of of science fiction series. And I like seeing Katee Sackoff in a leading role, in space. Her previous body of work is great. Yet this one couldn’t keep my attention, if I’m honest.

season 1 was literally the worst scifi attempt of the decade. there was no promise shown