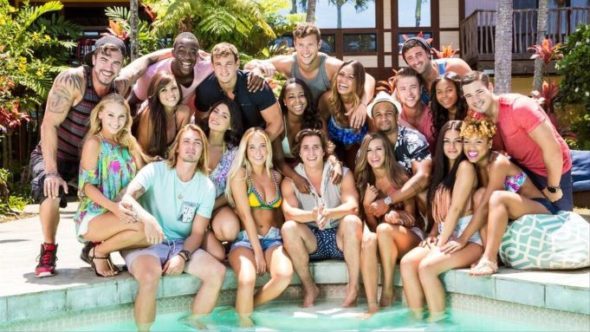 Are You the One? is headed to the Paramount+ streaming service with a global edition. The new competition series will have 22 singles who will try to find their perfect match. Production is set for this summer. The original version of Are You the One? has run for eight seasons on MTV with the most recent edition airing in 2019.

“Paramount+ today announced that a new global edition of the popular dating competition series ARE YOU THE ONE? will premiere exclusively on the service and roll out in all international markets where the service is available. From MTV Entertainment Studios, ARE YOU THE ONE – GLOBAL EDITION (w/t) will begin casting this spring and kick off production later this year.

In the most ambitious dating experiment ever attempted, 22 recently single men and women from around the globe will be put through an extensive matchmaking process to find their “Perfect Match.” Hailing from around the world and living together under one roof at an international location, these singles will have one shared goal: to find “the one.” Each week, the singles will have an opportunity to find their match, and if they can identify all 11 couples at the same time, they’ll split a massive cash prize.

The global expansion turns a new leaf for the series, which broke barriers with its U.S. edition when it became the first sexually fluid reality dating competition show in the nation. From coming-out moments to discoveries of sexual and gender identity, it told powerful stories about navigating relationships and finding love as a sexually fluid individual for the first time ever on a reality dating show.”

What do you think? Are you excited to see Are You the One? on Paramount+?