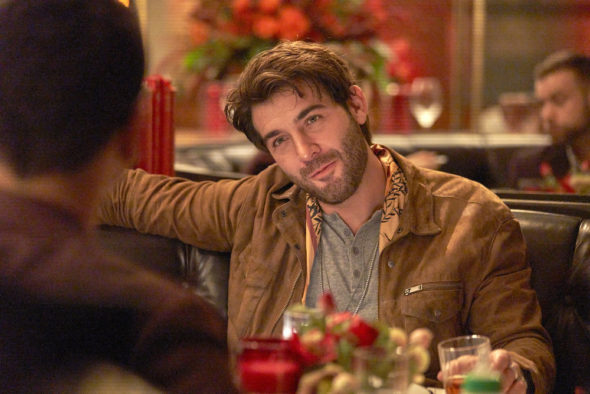 Ordinary Joe was cancelled by NBC late last week, and several people behind the Monday night drama series, as well as the show’s star, have reacted to the news.

Starring James Wolk, Natalie Martinez, Elizabeth Lail, Charlie Barnett, David Warshofsky, and Teddy Sears, the series revolves around Joe Kimbreau (Wolk) and a pivotal decision that he makes about his life as he graduates college. The show picks up 10 years later and follows three possible paths for his life.

The co-creator and two writers from the series also shared their reactions on social media:

Just got official word that there will be no season two of #OrdinaryJoe – couldn’t be more proud of the writers, the actors, the directors, the uber talented craftsmen and women who all came together as a family and made a truly beautiful show. Thank you all. pic.twitter.com/h2u7gAqGRf

Thank you to everyone who watched (and tweeted about!) our show, #OrdinaryJoe. I can tell you it was truly created with love. I already miss all of the incredible people I got to work with but I’m so grateful for the ride! #GratitudeGoAround 💙💚💔 pic.twitter.com/2WfJKrBO6O

It was truly the best experience. I’m so proud of the show, and so grateful for the friendships. Thank you for all of it @garrettlerner & @RusselFriend. https://t.co/6TlSqQY83W

What do you think? Did you want to see more of Ordinary Joe on NBC?

LOVED Ordinary Joe. Such a great concept, interesting story line and amazing actors. So disappointed it’s not coming back. It was the best show on NBC.

Why the F… did you guys at NBC cancel such a great series as “Ordinary Joe”? It was a very refreshing story with outstanding actors. What the hell do you people do at your network? At least give a new series a 3 year stint. One of the reasons I stopped watching new releases is that your to quick to pull the plug. Imagine if your stopped “This Is Us” during Season 1. What’s wrong with you people. Do you have the guts to reverse your decision and admit you were wrong and bring it back? You would rather try… Read more »

I tried to keep up with all the back and forth that went on in this show. Then it became too much, I gave up. Too bad, it was a unique concept that became hard to follow.

Going to miss Ordinary Joe. I found it entertaining. It made me think. It was good

I am sad to see that wonderful show end . Hoping they will give it another go for next year

Very disappointed in the cancellation of this show!
I hope to see more of James Wolk and especially the young boy who played his son…

I am so saddened that NBC canceled Ordinary Joe. This outstanding show had a creative, clever, and unique approach with outstanding actors, writers, and directors. The storylines of this drama were well written and kept me eagerly anticipating the next show. This quality show will be sadly missed. With all the junk that makes it on tv, I would think the network would do all that they could to keep this entertaining show on! I hope some other network will see its worth and pick it up! Do we really need another reality show, a competition based show, or a… Read more »

Ordinary Joe was the best thing to happen to television this season, and a show I was anxious to watch unfold for many years. A brilliant concept, beautifully written and smartly casted. Why can’t network TV give smart shows like this a chance to find an audience? Is there any hope that a streaming service will pick this up? I’m finding less and less use for my standard TV subscription every day.