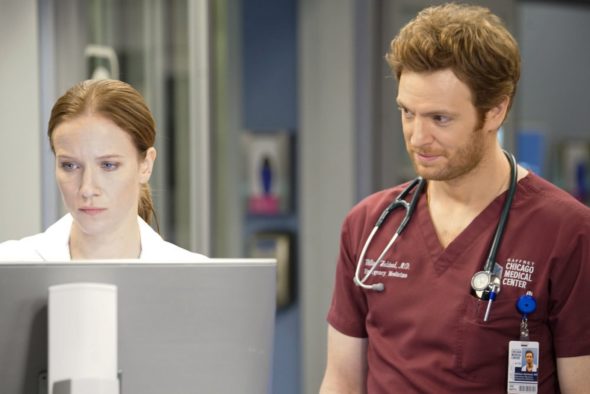 Chicago Med is seeing a return from the past. Jessy Schram returned as Dr. Hannah Asher in the final moments of this week’s episode, per Deadline. The actress appeared on season five of the medical drama but departed the series during the sixth season premiere as her character headed to rehab.

Hannah is now two years sober, and her “fresh start includes a new job at Gaffney Chicago Medical Center’s new emergency OBGYN service.” Schram will remain on Chicago Med as a regular member of the cast.

What do you think? Are you excited to see Schram back on Chicago Med?

Really don’t care but let Will have a real relationship for a change as it is getting old having him fail miserably at all his ‘relationships.”